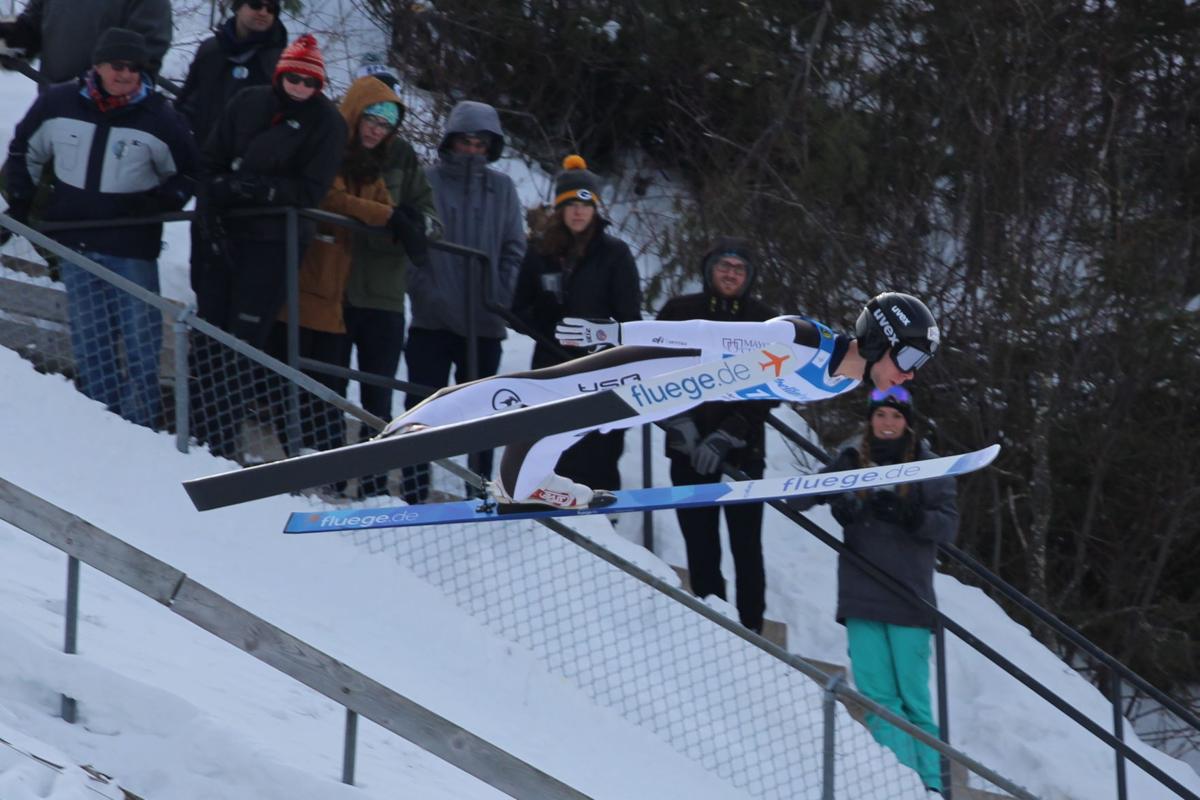 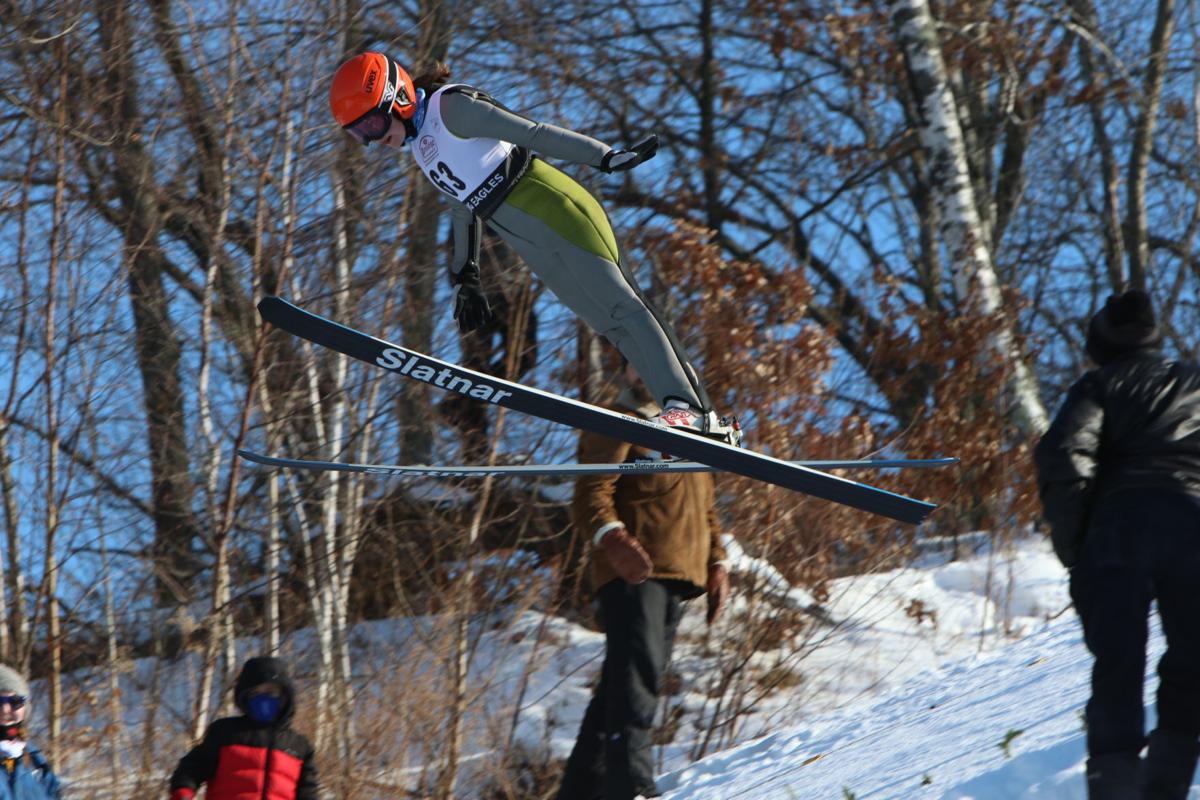 Charlotte Ripp of the Cloquet Ski Club competes at the Flying Eagles Invitational on Saturday, Feb. 20 at Mount Washington.

Charlotte Ripp of the Cloquet Ski Club competes at the Flying Eagles Invitational on Saturday, Feb. 20 at Mount Washington.

Next up: The Winter Olympic Games in China.

Eau Claire skiers are in the mix to take part in the world’s big show next winter.

Ben Loomis is a good shot to make it a second time in Nordic Combined.

Andrew Urlaub is a strong candidate for the ski jumping team.

Landon Lee, also a member of the US team, ranks as a long shot.

The three Flying Eagles are coming off a season limited by the world-wide COVID-19 pandemic but showed enough to put themselves in a position to make it.

“The Olympics are definitely the goal for next season,” said the 22-year-old Loomis, who at 19 skied in the 2018 Games at Pyeongchang, South Korea.

“You never know looking ahead, it is always competitive,” Loomis said. “But that’s what we all work for.”

Loomis currently ranks as one of the top two men on the Nordic Combined team along with Colorado’s Taylor Fletcher, while a lot of promising younger guys follow.

“I was looking for better results this year,” Loomis said. “It didn’t go as well as I had hoped but there were some positives.”

Loomis, who like the others grew up at the city’s Mt. Washington ski slides, made several World Cup starts, scored points in his lone Continental Cup try and finished the season strong in the World Championships in Germany.

“The championships as a whole highlighted my season,” he said.

Loomis took a Worlds personal best 31st in the large hill/10K event and led the US in the four-man relay and the two-man sprint to ninth place finishes among the 14 teams.

Urlaub, 19, placed as high as seventh and 21st in FIS Cup competition in Poland, scored points in four Continental events and made a few World Cup starts while spending four months in Europe based in Slovenia.

“I’m feeling good going into the Olympic year,” he said. “This year was a struggle but I’m making progress and I hope it makes me stronger.”

He called the season ‘turbulent’ and said the World Junior championship in Finland was a ‘bummer.’

A highlight came in the Worlds when he qualified 37th as by far the leading American in the large hill jump, but then met tough conditions and slipped to 49th in the tournament.

“It was a crazy day,” Urlaub said. ”The weather had been beautiful but snowed and was foggy, another bummer.”

Lee, 17, saw limited action, getting to Europe in January and taking part in only a few events. He placed 42nd in the Worlds Junior championship as the second American.

“It was a weird season with the pandemic,” he said. “But I was pretty happy overall and the World Juniors in Finland was a lot of fun.”

He returned at the end of the season to take second in the U20 Junior Nationals at Steamboat Springs, Colo., in an impressive performance.

“As far as the Olympics go, jumping can be inconsistent so there’s always a chance,” Lee said. “I’m hoping to hit my stride but I’ve got a lot of work to do.”

A highlight of the local season was the dedication of the new 55-meter jump at Mt. Washington, which drew 133 skiers for the 89th annual tournament. There was no tournament at Silver Mine Hill due to the complications of the pandemic.

Three young Eagles enjoyed successful seasons. Stuart Gundry, 15, was the top city skier in the local meet and he went on to win the U16 Central Championship and took third in the National meet.

Logan Gundry, 17, won U20 at Mt. Washington, took the central title and placed sixth in the National. Carter Lee, 16, won back-to-back tournaments at Westby and set a 65-meter hill record.

The top girl was Annie Misurek, who won several tournaments, including first in the U14 class of the Central Championship at Coleraine, Minn., and at Wesby.