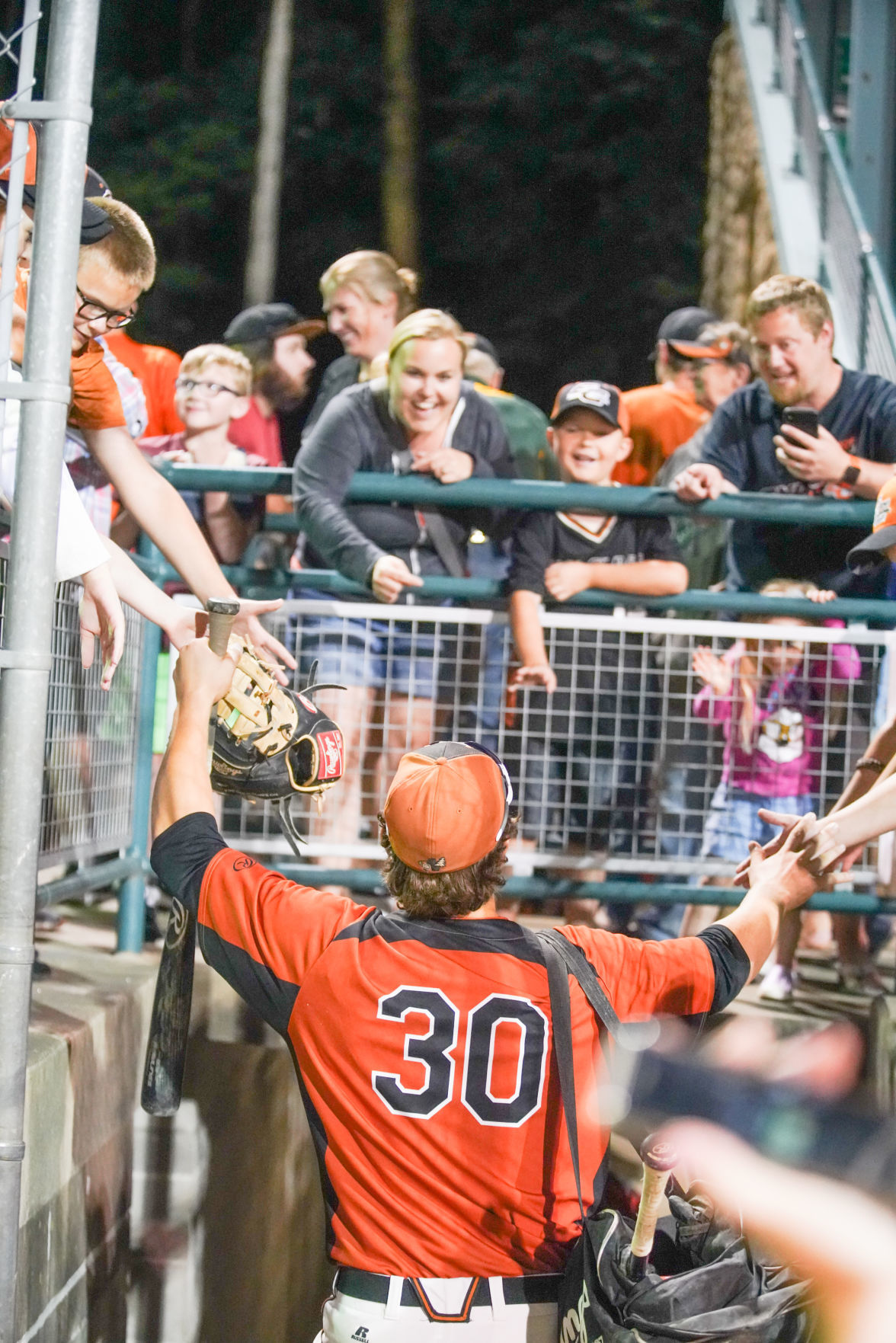 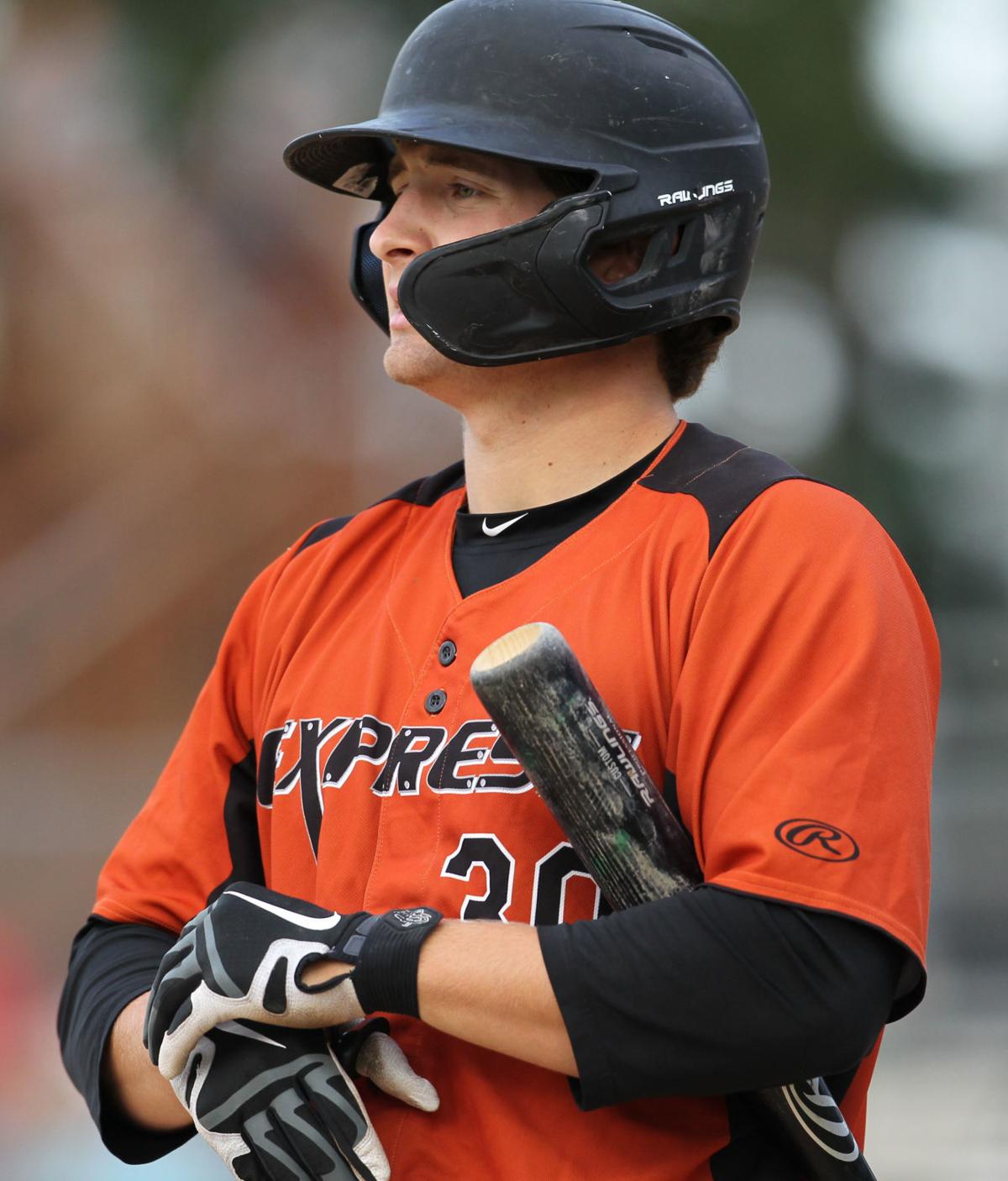 Eau Claire Express infielder Sam Kohnle prepares for an at bat against the Waterloo Bucks on July 25, 2019 at Carson Park. 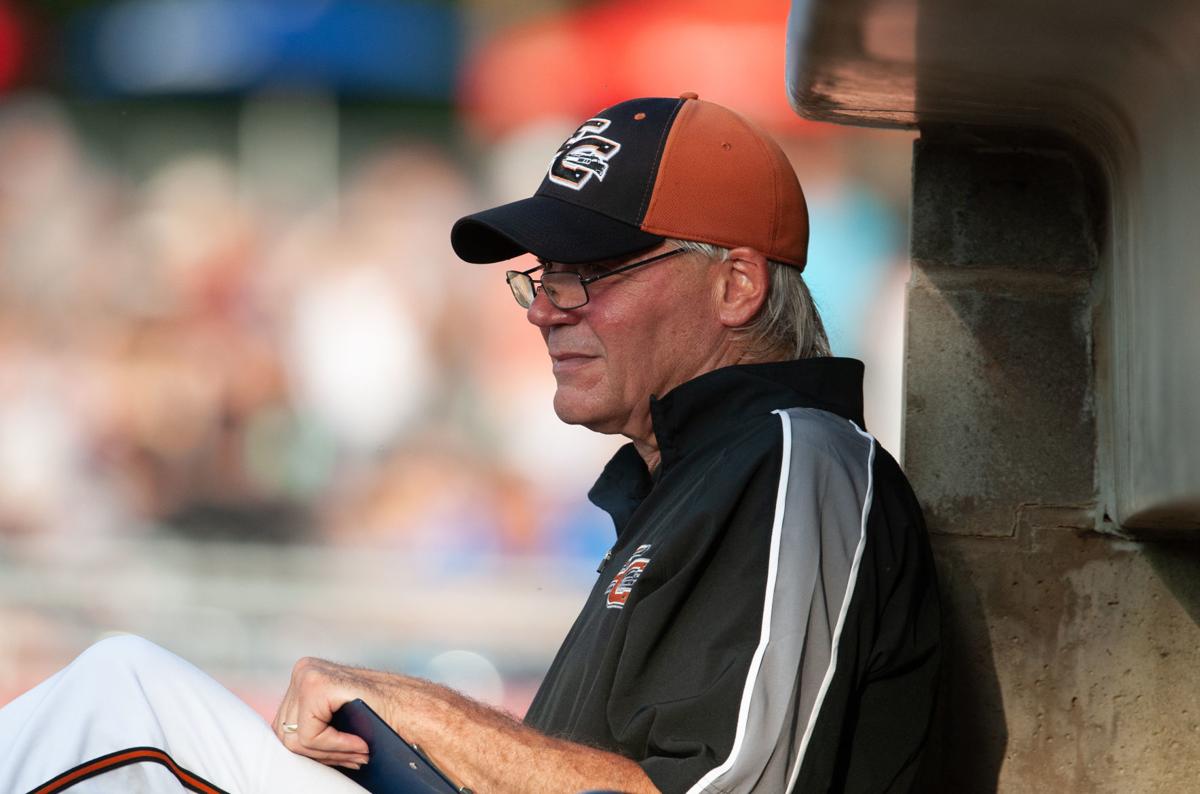 Eau Claire Express pitching coach Vic Cable surveys the field during a game against the La Crosse Loggers at Carson Park on July 18, 2019.

Eau Claire Express infielder Sam Kohnle prepares for an at bat against the Waterloo Bucks on July 25, 2019 at Carson Park.

Eau Claire Express pitching coach Vic Cable surveys the field during a game against the La Crosse Loggers at Carson Park on July 18, 2019.

A staple of summer in the Chippewa Valley will have to wait until next year.

The Eau Claire Express have canceled their 2020 season, informing the Northwoods League of their decision on Tuesday night and announcing it publicly on Wednesday.

“We’ve been waiting out as long as we can to see what would come out with different guidelines, but with the deadlines we had to meet with the league and a few other components, it was the right time to make that call,” Express general manager Jacob Servais said. “We all held out our hope as long as we could to get something going, but we had to follow the guidelines set for us by the City-County Health Department.”

On Wednesday, the Health Department adjusted its guidelines to allow for groups of 250 people to gather outdoors. Servais said that wasn’t a number the Express were ready to move forward with.

“That’s what we were expecting, and it just wasn’t a number that we were comfortable with for operating,” he said.

The team’s lost season is the latest COVID-19 casualty in the Chippewa Valley sports world.

Four other Northwoods League teams have announced that they will not play this summer: Madison, Duluth, Thunder Bay and Kokomo. Many others are either currently playing or due to begin playing in regional pods composed of a small number of teams.

But Servais said Eau Claire had to operate independent of what other teams were doing, and couldn’t make a decision based on the situation in another city.

“Each team had to work with their own individual city leadership and county health departments,” he said. “Our guidelines are different than La Crosse County or Marathon County, whatever it might be with teams around us. So that’s why you’re seeing those teams play and we’re not. ... We gave our input and showed how we could effectively run our operation and provide our services to the community, but it just didn’t fit into the guidelines the county was putting out.”

The organization had explored several possibilities to be able to play safely with fans in the stands, but none were the right fit given the structure the Express had to work within.

“We used what was put out by some of the other teams that I liked, and we shaped that to fit what the Eau Claire City-County Health Department was requiring from businesses,” Servais said. “We sent that over to city leadership as well.”

The Express were coming off a 2019 season in which they reached the Summer Collegiate World Series, finishing as Northwoods League runner-up behind Traverse City.

For Pete Knutson, the radio play-by-play broadcaster for the Express, the cancellation of the season wasn’t shocking. But it wasn’t great to hear nonetheless.

“It’s sad, but it’s not that surprising,” Knutson said. “I think it kind of set in once we missed the original start date (of the season). ... To me, I think I’ve already kind of accepted it in my mind.”

The loss of another summer on the diamond will be felt in many ways, from finances to the fan experience and memories made.

“(I’ll miss) hanging out with all the people,” Knutson said. “Being around (manager) Dale (Varsho) and (pitching coach) Vic (Cable), I bond with the assistant coaches pretty well. Not getting to develop those relationships will be sad, not getting to see all the other broadcasters. ... And some of the players too, I think back to Sam Kohnle last year from Winona, he was a guy I talked to quite a bit. That’s the sad part, is you don’t get to have those relationships or be around guys who might end up making it to the higher levels of baseball.”

Financially, Servais said the Express are aware they’ll be taking a hit. But they’re getting support from sponsors to help soften the blow a bit.

“Thankfully, sponsors and package-holders that had bought pre-sold tickets have been very understanding and willing to work with us,” Servais said, “as far as rolling over those sponsorships or tickets to next year. So that’s refreshing on our end, just to know that we have great partners.

“But financially, even if people do roll over, that’s revenue we’re not capturing until 2021. So it’ll hurt a little bit there, and I’m sure our operation will need to look a little bit different than it has for the previous 15 years, but we’ll make it work and be able to provide the best atmosphere and entertainment that we can at the ballpark next summer. ... Every business is a little worried right now, but I don’t see us not being able to operate next year.”

Players who were signed to play for Eau Claire this summer will be free to play elsewhere. It’ll be up to them and other teams if they want to sign with another club. With the Express not playing, the players will be available in a similar manner to professional players on the waiver wire.

“It’s unfortunate hearing that the season is canceled,” Jace Kressin, a Menomonie native who was set to pitch for the Express this summer, said in a message to the Leader-Telegram. “I was really looking forward to playing in a great environment like Carson Park, and being able to team up with some of the best players in the area I faced off with in high school.”

Servais fully expects to back out on the field in 2021. Until then, all anybody can do is wait.

“I just want to thank all of our fans and sponsors that have beared with us over the last few months,” Servais said. “I know it hasn’t been a pleasurable experience on any side of it, but everybody’s been understanding for the most part and I couldn’t be happier with that.”