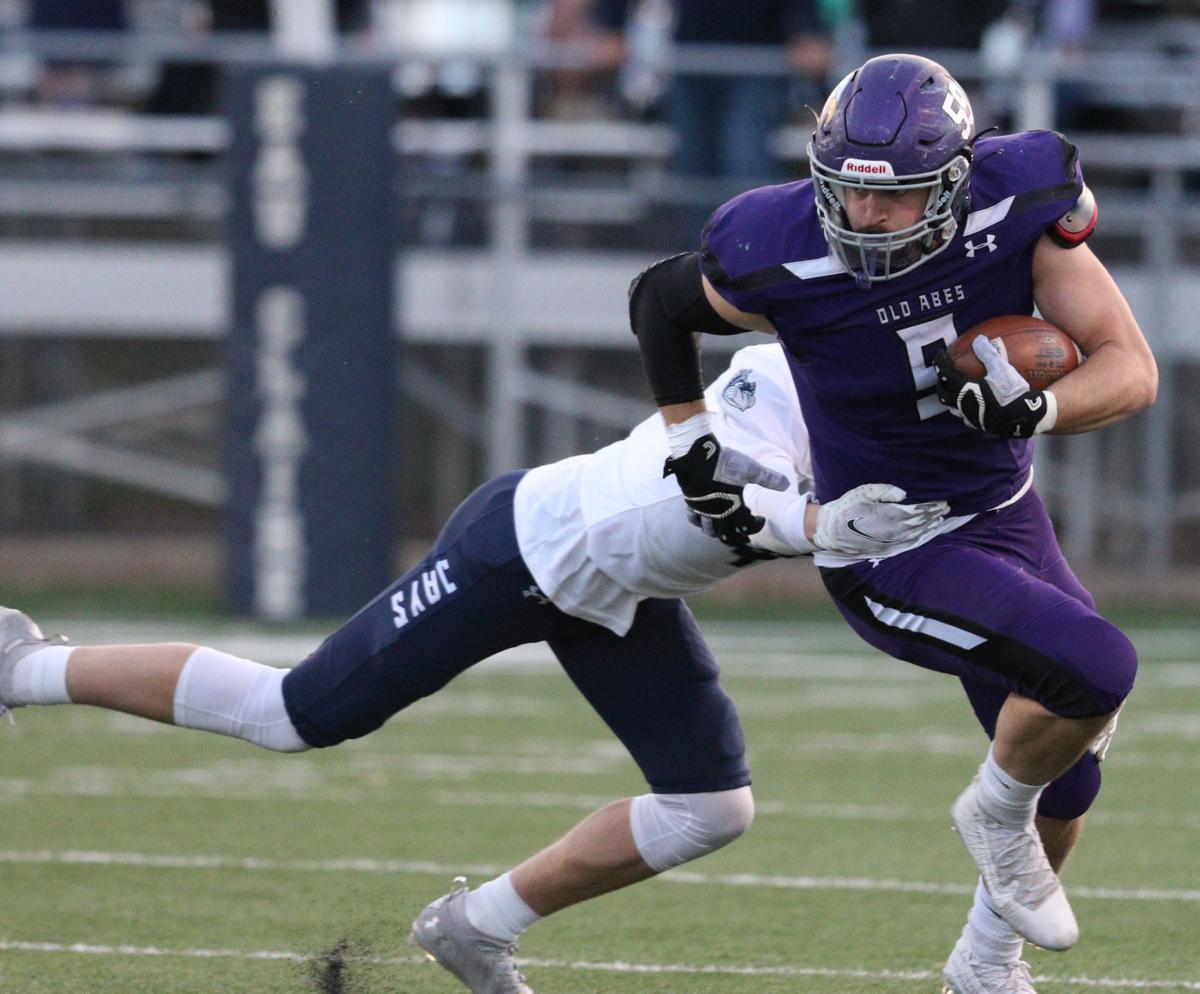 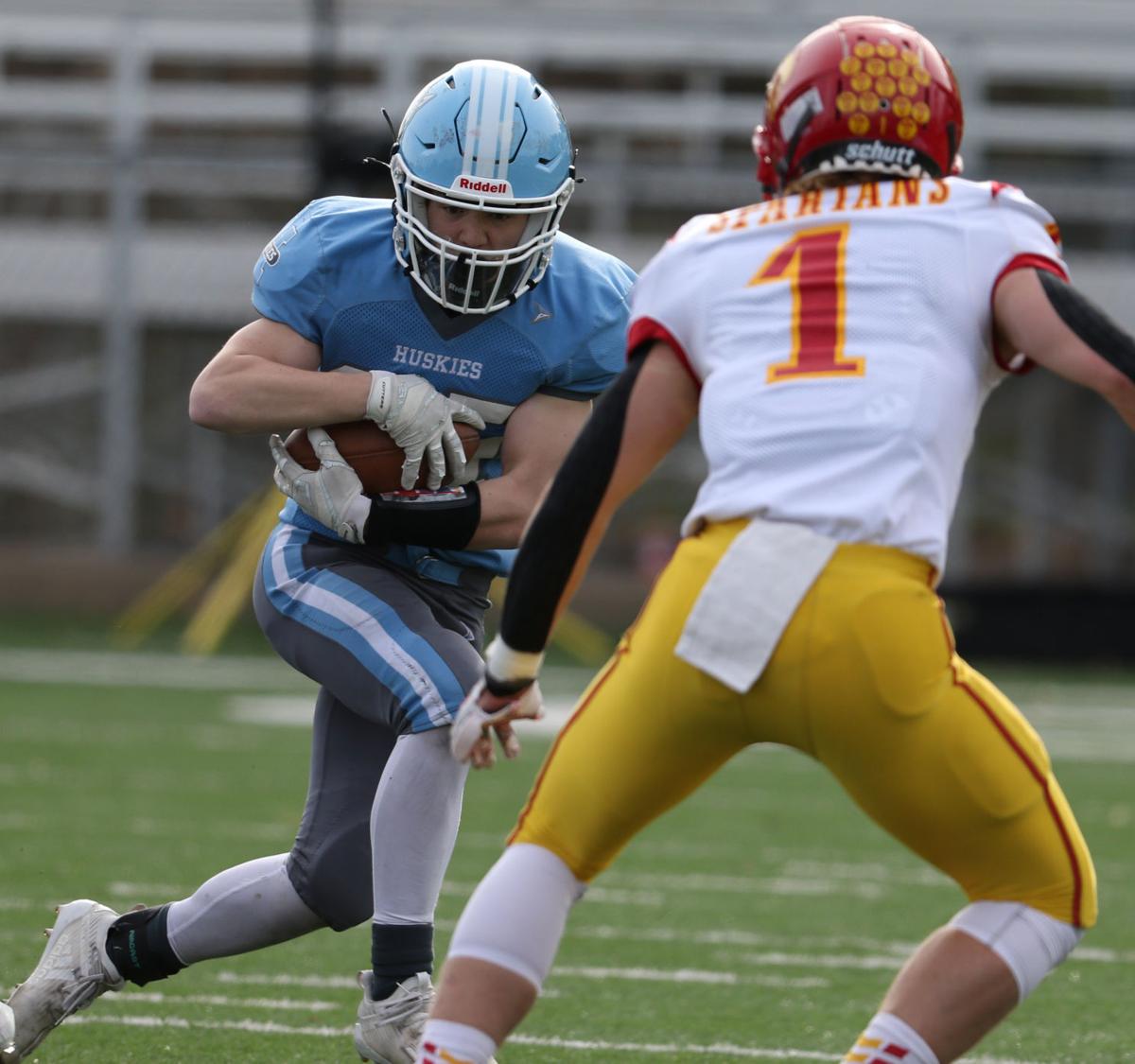 Eau Claire North’s Remy Rassbach runs with the ball while defended by Sparta’s Brett Stuessel during a game on Friday, April 30 at Carson Park. 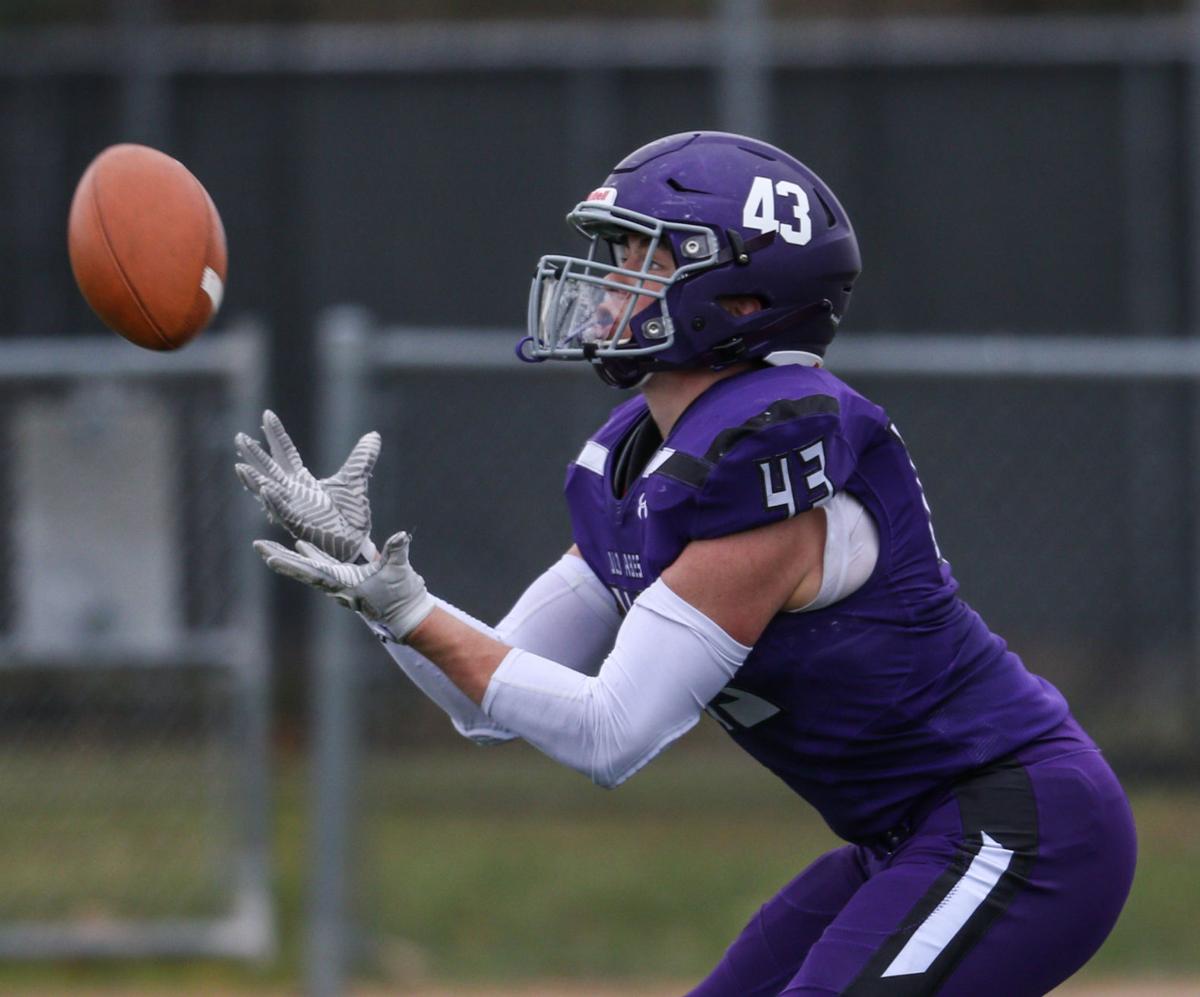 Eau Claire North’s Remy Rassbach runs with the ball while defended by Sparta’s Brett Stuessel during a game on Friday, April 30 at Carson Park.

Grant Gerber has been a dominant force on the line for Eau Claire Memorial football, possessing a level of talent that helped the future St. Thomas Tommie become the city’s only WFCA all-region selection this spring. He was a shoo-in for the 2021 All-City team, made up of players who competed in the alternative fall period.

He’s one of two repeat selections from last year’s team, joined by teammate and a leader of the Old Abe O-line, senior Henk Boese. The duo helped the Old Abes to a pair of victories this season, including in the city game, and kept the squad in games with some of the state’s best teams.

For some seniors, the introduction of the alternative fall period meant they didn’t have to miss out on their lone chance to show what they’re made of on the field. You can count Memorial quarterback Brice Wingad among that group, as he earned an All-City nod in his first year as a starter. He entered double digits for passing yardage four times, including a season-best 374 yards against Menasha. He also threw three touchdowns that night.

He had talented weapons to work with, including All-City running back Reese Woerner and All-City wide receivers Marco Ebeling and Jack Redwine. Woerner ran for over 100 yards three times, topping out at 155 against Sparta, and put up 668 yards on the season. He’s joined in the backfield by North’s Remy Rassbach, who used his speed to create some memorable long runs this season. He ran the ball 63 yards to the house in the Huskies’ game against La Crosse Central.

He put up 409 yards total. Redwine was a threat from the tight end position, capping out at a 117-yard performance against Menasha.

North is represented at wide receiver by Matthew Johnson, who showed the height of his powers with a three-touchdown day against Sparta.

Accompanying Boese on the O-line are teammates Ethan Vachowiak and Jackson Wubker and North’s Trey Steele and Lucas Barby. Boese and Vachowiak were the team’s commanders in the trenches, while Wubker made a strong impression as a sophomore. He, Barby and Memorial’s Gavin Gerber are the youngest players on this year’s All-City team.

Steele provided tremendous reach for the Huskies and took a big step forward in mobility, serving as the top protector for QB Kyle Greenlund.

Alongside Gerber on the D-Line are two of the Abes’ strong outside threats, Lucas Ebeling and Trevin Kison, along with North’s Jackson Koller. The Memorial front seven is also represented by a pair of linebackers, captain Tom Shiefer and Easton Tok. Blaze Tody, who went great lengths to stay in shape during the height of the pandemic by moving everything from an ATV to a car, showed the hard work was worth it at linebacker for the Huskies.

Memorial’s strong defensive back trio of Thade Breuer, Gavin Gerber and Gavin McKenzie are joined by North’s Mekhi Thomas, who made an impact despite starting the season injured.

Memorial’s Grant Gerber and Ben Frey claimed punter and place kicker honors, respectively. Frey showed his leg was for more than just extra points with a 27-yard field goal in the city game.

The team was chosen upon the recommendations of the city coaches. Typically the city team is made up of players from Memorial, North and Regis, but the Ramblers played in the fall this year, allowing them to be eligible for the L-T’s All-Northwest squad.