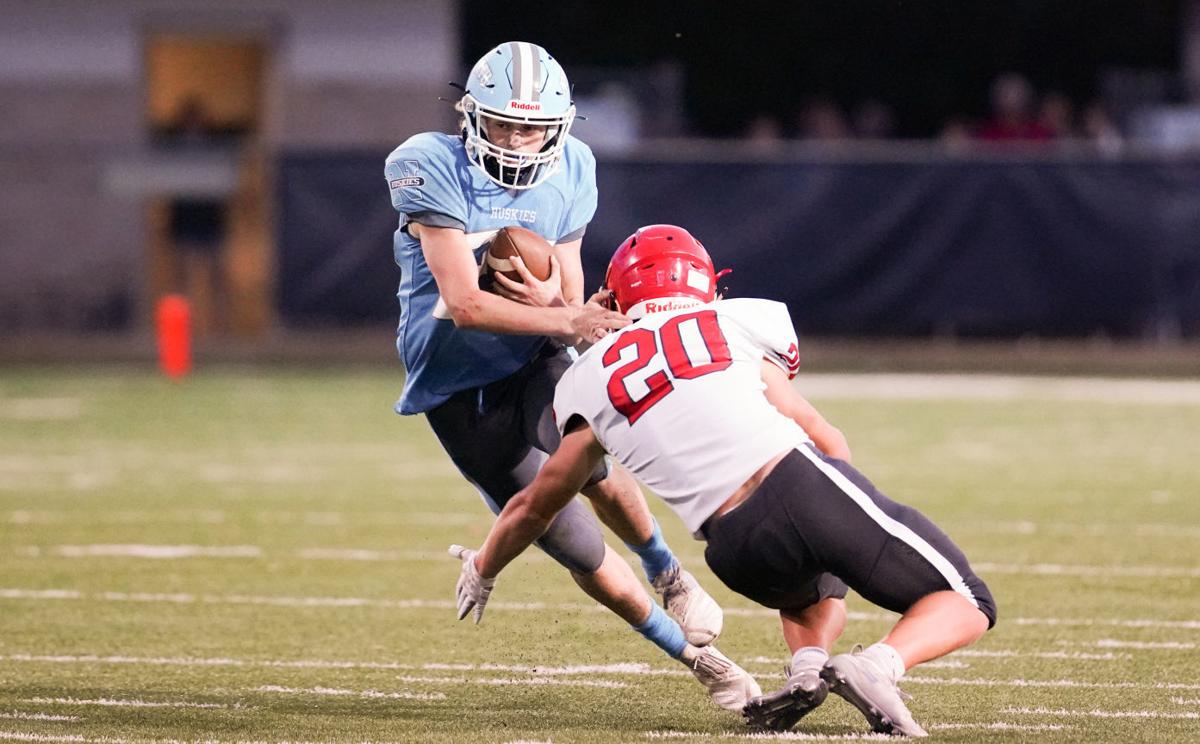 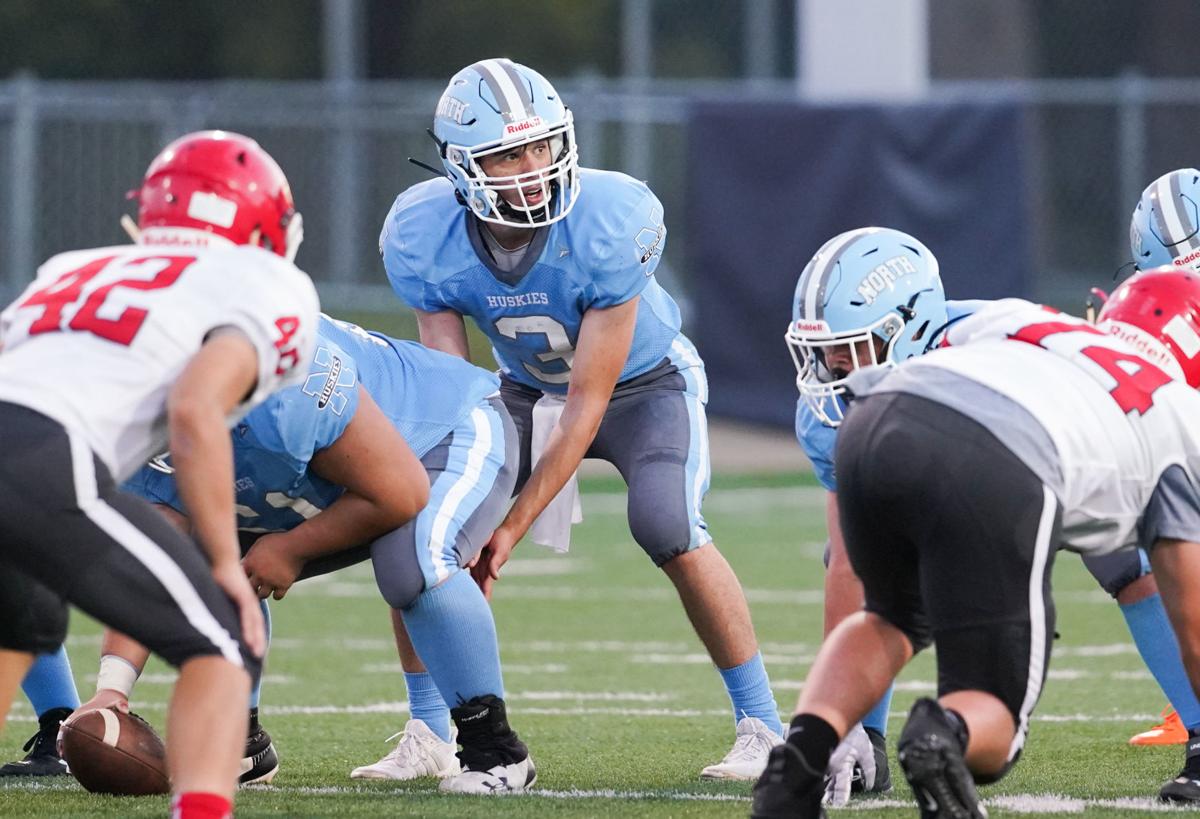 Eau Claire North quarterback Kyle Greenlund makes a read at the line of scrimmage in a football game against La Crosse Logan on Friday, Aug. 31, at Carson Park.

Eau Claire North quarterback Kyle Greenlund makes a read at the line of scrimmage in a football game against La Crosse Logan on Friday, Aug. 31, at Carson Park.

Blaze Tody started off pushing an ATV. Then, he graduated to a car.

The Eau Claire North sophomore had to find some way to get in weight training to prepare for the upcoming football season after all. With no weights at home and gyms closed around the country due to the coronavirus, his options were limited.

“When this first started happening I really didn’t know what to do with weights,” Tody said. “I did mostly just conditioning and footwork. Then I started thinking, ‘Oh, I have this laying around, I have that laying around.’ I’m just using what I can.”

That mindset has led to some creative workouts: lifting tires over his head, pushing lines of shopping carts manually at his job at Woodman’s, and of course, throwing his car in neutral to push. He’s shared many of his escapades on Twitter for the rest of the world to see.

Tody is one of many Husky football players who have taken to social media to share how they are preparing for the season during the pandemic. The Eau Claire North football Twitter account challenged its players to film their home workouts on April 15, and from there, it’s been on the students to formulate workout regiments.

North coach Andy Jarzynski, entering his third year at the helm, sees the videos as a good sign that his players are buying in to the program. The Huskies are still looking to get off the schneid, as they enter the 2020 season riding a 43-game losing streak, but Jarzynski has seen progress.

He’s talked in the past about a steady change in culture, which has begun manifesting itself in increased turnout numbers.

The workout video craze is just the latest tangible sign that the tide may be turning on the north side.

Any high school coach would be happy to see his or her team getting in consistent work in the offseason. For the truly elite programs, it is likely expected. But during a global pandemic, when schools and gyms are closed across the country, who is willing to go the extra mile is telling.

Some players, like Trey Steele, John Hedrington, Tyler Everson and Lucas Barby, have access to some equipment. Check Twitter and you’ll see them doing bench presses, squats and curls. Others have used ladders and cones to work on their agility.

But sometimes, you have to get creative and work with what’s available to you. Hedrington has turned his furniture into workout equipment. He used his couch to hold his feet down as he did sit-ups and grabbed a couple dining room chairs to serve as platforms for dips.

“I know one of my teammates, they don’t have an agility ladder,” Steele said. “So he goes out and finds sticks to put down and uses those.”

Usually, the players give a detailed explanation of their workout, making it easier for others to follow along.

4x100 workout. Each exercise was done at 15-50% of my maxes for a total of 400 reps. I finished in 71 minutes. I challenge my teammates to beat my time. @ECN_Football pic.twitter.com/qdx3YZlTBy

The communication goes beyond callouts on social media as well, as Tody said players are in close contact with one another about their routines. If a player notices something is working for them, they share it with teammates.

And changing that culture is at the core of many players’ motivation.

“It has changed quite a bit,” Tody said of the feeling of North football. “A couple of games this year we performed quite well. We still had a winless season but having that build up from when Jarzynski first got there until now, there’s been a big improvement. I have a feeling this year will be really good.”

The standard of North football is being raised, one moved car at a time.

“That was always one of the main hopes, that this would generate some additional enthusiasm among young men who might not have been doing as much,” Jarzynski said. “It’s crazy how that stuff is so organic and it takes on a life of its own. Next thing you know, you’ve got kids that you didn’t realize were even paying attention are trying to post stuff.”