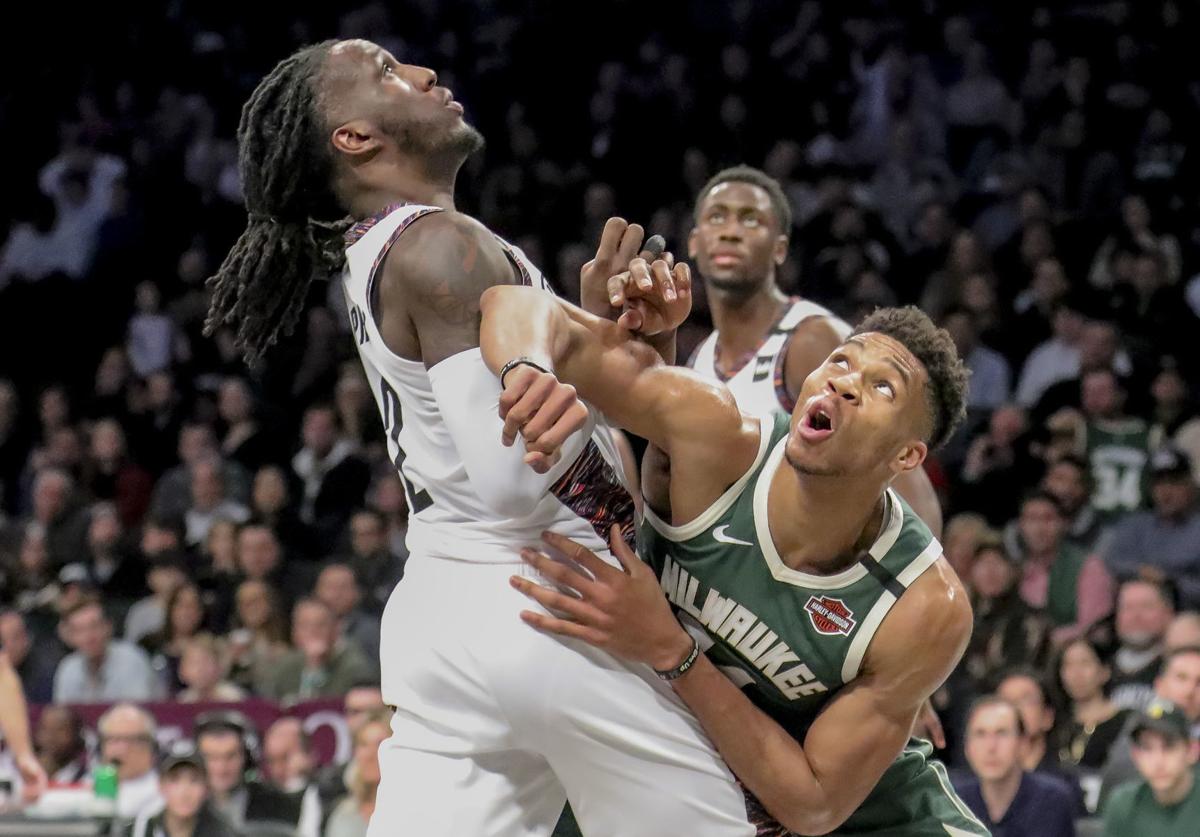 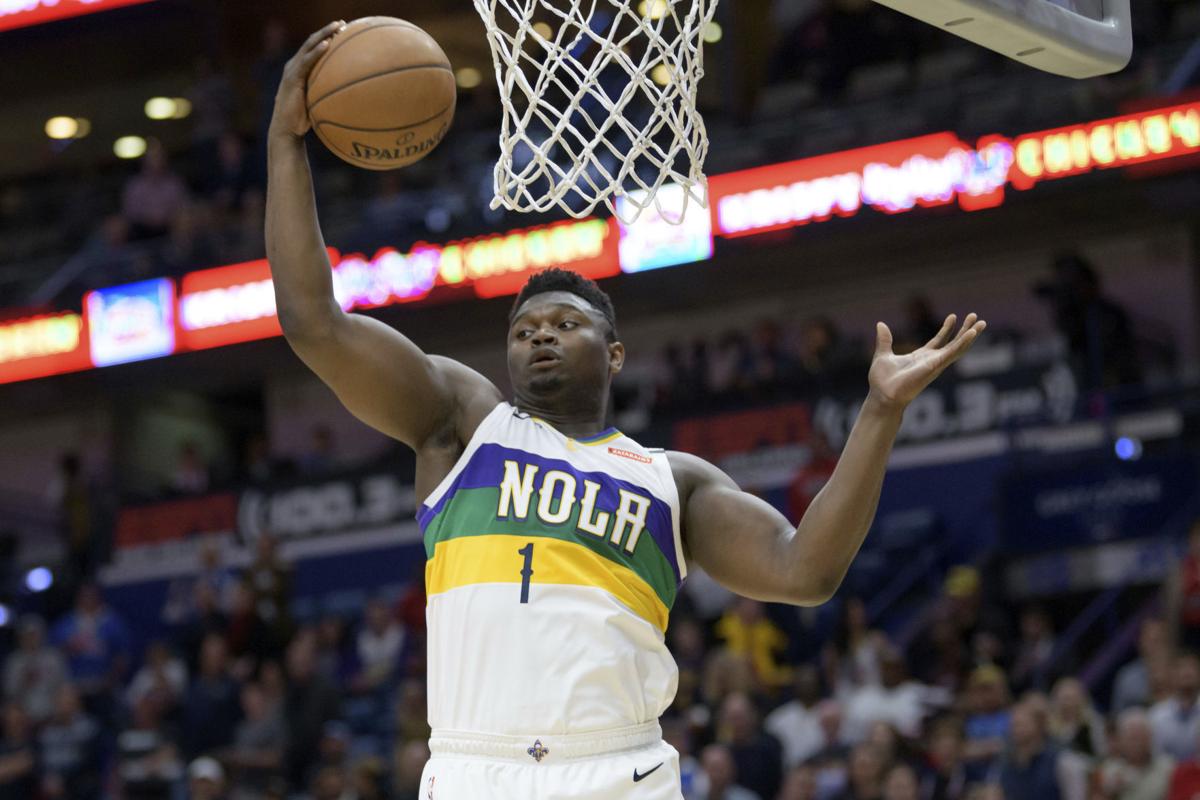 In this Feb. 13 file photo, New Orleans Pelicans forward Zion Williamson grabs a rebound during the first half against the Oklahoma City Thunder in New Orleans.

In this Feb. 13 file photo, New Orleans Pelicans forward Zion Williamson grabs a rebound during the first half against the Oklahoma City Thunder in New Orleans.

Something is finally clear in the uncertain NBA: Players believe they’re going to play games again this season.

The obvious questions — How? Where? When? — remain unanswered. Testing, part of the new normal of this coronavirus era, will be a major component to any return-to-play plan that the NBA comes up with. The Disney campus near Orlando, Florida makes so much sense, given its massive size, multiple courts and its ties to league broadcast partner ESPN. And the sooner games begin, the sooner the process of figuring out next season can start as well.

Several people familiar with the details of the conversations have told The Associated Press this week that players around the league are being urged to start getting mentally and physically ready for training camps that could be just a few weeks away. It might not be a unanimously approved notion, but 2-1/2 months into this pandemic-caused shutdown, the NBA finally seems on the cusp of being able to move forward.

“I have faith in Adam Silver and the NBA, and the NBA teams ... they’re not going to have us come back if it’s even a question of us getting hurt,” Jared Dudley of the Los Angeles Lakers said this week. “And that’s where the testing, being clean, and doing everything that I feel that they’ll do to keep us safe.”

Pick a scenario for the return-to-play plan, and someone has surely heard it already. Bringing back all 30 teams and resuming the regular season is an option. So is bringing back something like 20 teams and having an expanded playoff of sorts, a notion that essentially mirrors what the NHL is talking about these days. A condensed playoff has also been discussed.

The latest sign of momentum: Milwaukee owner Marc Lasry, speaking Thursday on CNBC, said the NBA’s board of governors will meet again next week and that he believes “within the next six to eight weeks we should be playing.”

Silver, the commissioner who has had to deal with a series of turbulent matters from the strained China relationship in the preseason, to the deaths of David Stern and Kobe Bryant in January, and now a pandemic that will almost certainly affect the league’s financial health for the next several years — is listening to any and all ideas.

“The direction that the league office has received from our teams is, again, all rules are off at this point given the situation we find ourselves in, that the country is in,” Silver said last month. “If there is an opportunity to resume play, even if it looks different than what we’ve done historically, we should be modeling it.”

The calendar dictates that those decisions are going to come soon, backed up by the fact that Silver told players two weeks ago that he wants to be able to bring forward a return-to-play plan in “two to four weeks.” By that timeframe, the window is about to open.

“I’m really excited about the possibility of coming back,” Cleveland forward Kevin Love said in remarks broadcast on the NBA’s Twitter channel this week. “I think there’s so much good that can come from it. ... People need that escape and as athletes too, we want to get back to what we love most.”

It’s going to be different. Fans won’t be at games, barring some seismic shift in thinking. Home-court advantage won’t exist since games will almost certainly all be at neutral sites. Even the Orlando Magic won’t have the home-court edge; they might be able to use their own homes if the NBA comes to Central Florida, but it’s not like the games will be in their arena.

And someone is probably going to test positive when play resumes. If that happens, he’ll almost certainly have to sit out a minimum of two weeks. If a playoff series is held on an every-other-day basis, that means once someone is positive there’s no way he can return to that series. Imagine if LeBron James or Giannis Antetokounmpo tests positive; the title chances for the Lakers and Milwaukee Bucks would basically be gone in an instant.

But in a season where the NBA is certainly going to lose money, quite possibly $1 billion or more, there is an obvious appetite for getting back to work if safety can be assured.

“This has been like being an anxious kid that wants to do something but can’t, or an anxious dog where you tell him to sit and he looks at you like ‘C’mon bro’ and his tail starts wagging because he’s so excited,” All-Star Bam Adebayo of the Miami Heat said. “It’s been a whole spectrum of the unknown.”

Copyright 2020 The Associated Press. All rights reserved. This material may not be published, broadcast, rewritten or redistributed without permission.