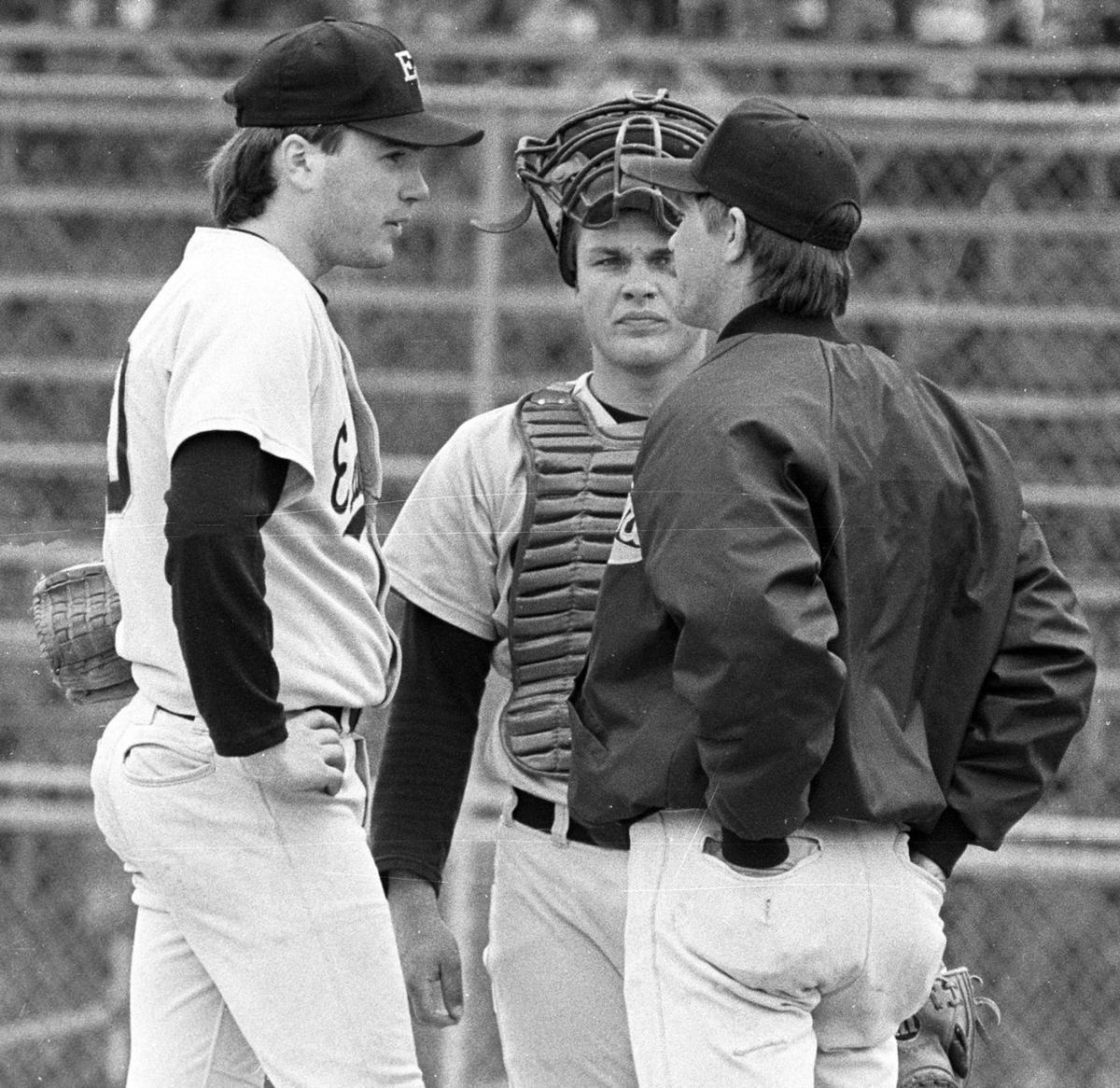 UW-Eau Claire baseball players meet with their manager in 1988. 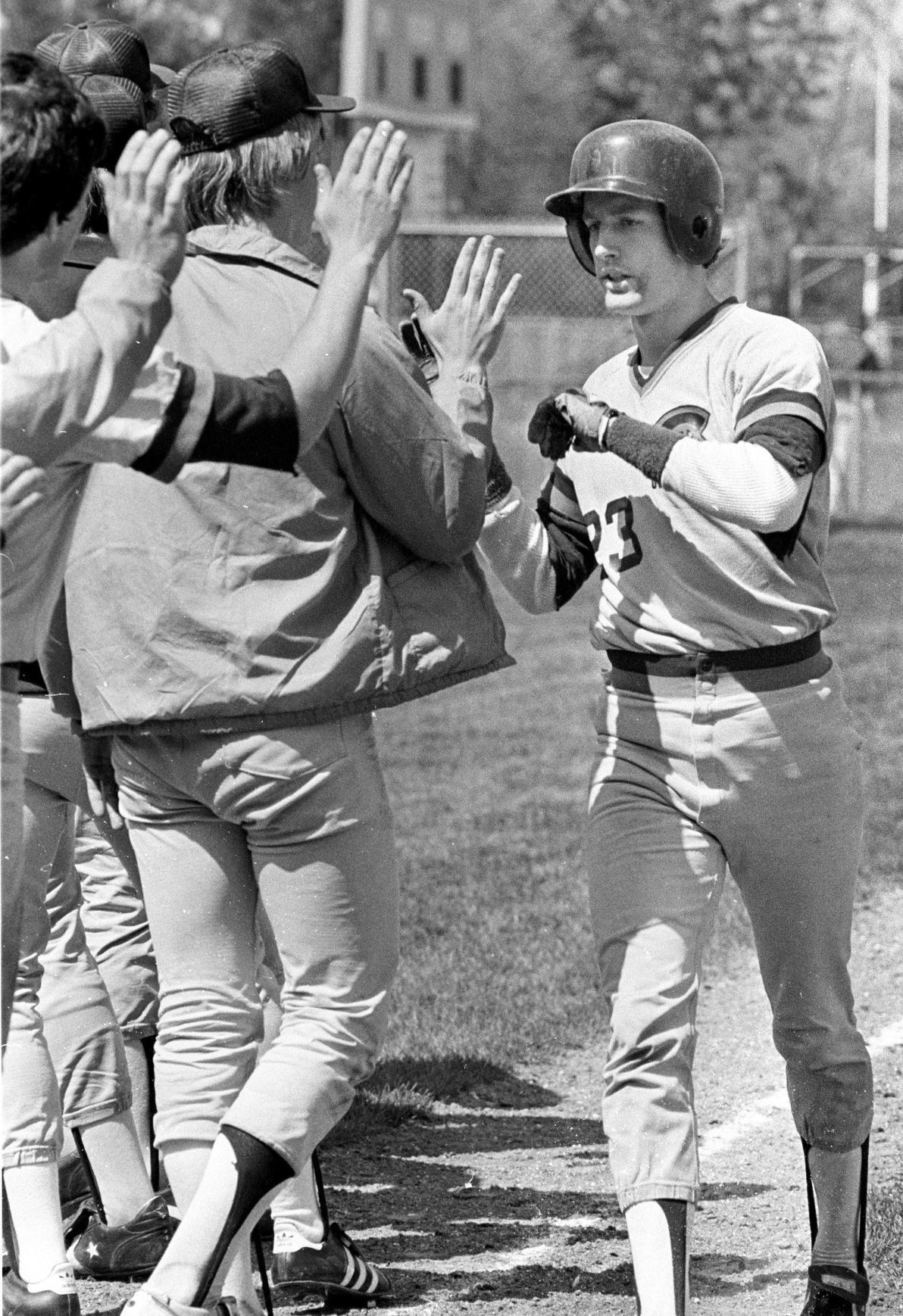 UW-Eau Claire celebrates in a game against UW-Stout in 1983. 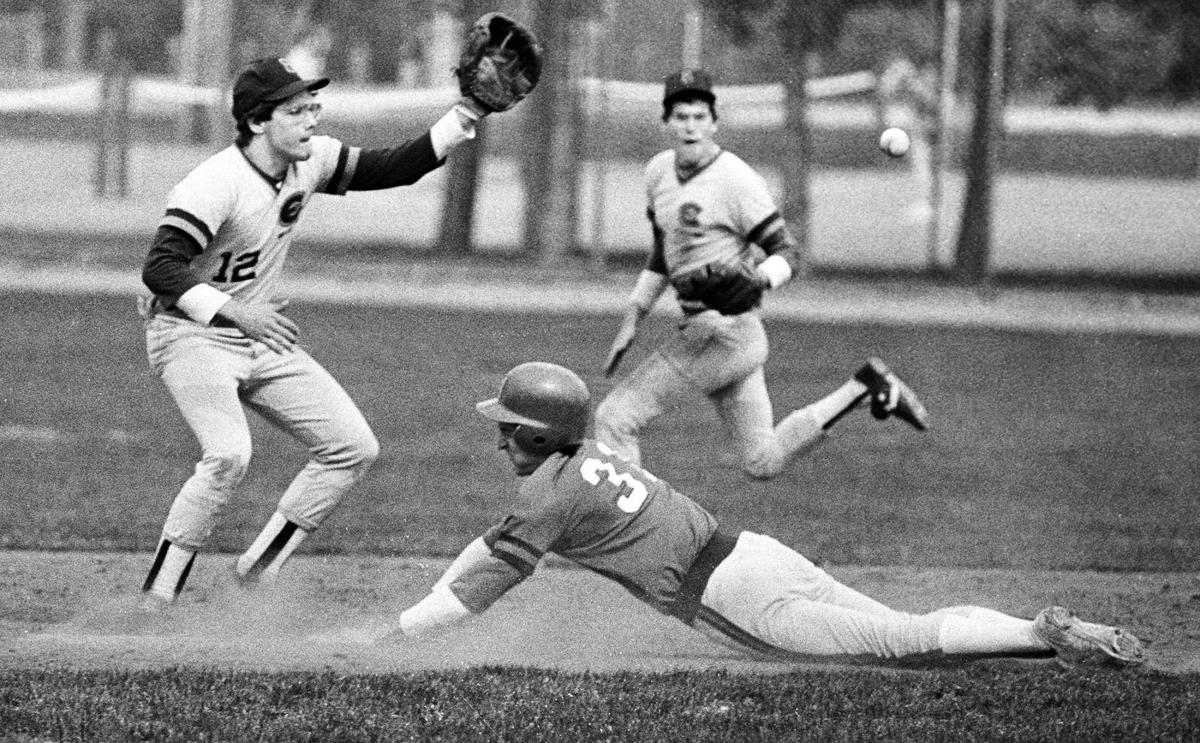 UW-Eau Claire baseball looks to tag a UW-Stout runner in 1984.

UW-Eau Claire baseball players meet with their manager in 1988.

UW-Eau Claire celebrates in a game against UW-Stout in 1983.

UW-Eau Claire baseball looks to tag a UW-Stout runner in 1984.

Baseball and lacrosse could be added as soon as next year, while men’s soccer would come a year later.

“We think it’s part of continuing to build the overall offerings that we have, just like we’re adding new academic programs,” Schmidt said. “Making sure there’s an array of sports programs is important.”

The baseball program, which would make a return to the school after more than a two-decade hiatus, would play its home games at Carson Park. UW-Eau Claire cut the varsity baseball team following the 1994-95 school year, citing Title IX.

Since 1995 the school’s baseball participation has been limited to the club level. The Blugolds currently compete in the National Club Baseball Association in a league with UW-Whitewater, UW-Milwaukee, Wisconsin, Marquette and Northwestern.

“I think this is going to have an overall good impact,” Blugolds club baseball president Zach Johnson said of a varsity program’s effect on club. “It will draw people that are more interested in baseball coming to Eau Claire. And then it will also draw people that are coming strictly to play on that team that maybe they’ll find out, ‘Hey, maybe I’m not fully committed to actually playing college baseball.’ That can actually help our club team out where we may get some better athletes coming as well.”

With the addition of UW-Eau Claire, the WIAC would reach the required minimum for an automatic qualifier to the NCAA Division III baseball tournament. The baseball league is currently made up of seven schools, including UW-Stout and affiliate member Finlandia.

While all eight WIAC schools have women’s soccer programs, only UW-Platteville and UW-Whitewater currently have men’s teams. Both play as an independent.

The league last sponsored men’s soccer in 2014, but since has seen UW-Oshkosh discontinue its program. UW-Superior competed while a member of the WIAC and Finlandia joined as an affiliate.

“It’s already the world’s most popular sport,” Schmidt said. “I think it would bring in greater diversity to our athletic programs. … It gives different populations something to connect with, something they’re passionate about.”

UW-Eau Claire would be the third WIAC school to sponsor women’s lacrosse, joining UW-River Falls and UW-La Crosse. The Falcons played their first season of competition last spring and were quite successful out of the gate, going 11-5. UW-La Crosse announced the addition of the sport in December and will start competition this spring.

“It’s an emerging sport,” Schmidt said. “I’ve actually been pushing it behind the scenes in the WIAC since I’ve been here. Girls lacrosse in Minnesota is a big thing and it doesn’t really exist here yet. I can see it coming.”

Total participation in lacrosse grew from 253,931 players in 2001 to 829,423 in 2018 according to US Lacrosse’s annual participation report. The sport is not sponsored by the WIAA but is by Minnesota’s high school governing body.

“We think that not only will be a great opportunity for the young women of this area – it’s one of the fastest growing sports in the Twin Cities area – we also know we’re bringing a lot of out of state students in here as well,” Schmidt said. “I would guess about half that roster would be coming from the northeast.”

Adding sport offerings fits into the school’s overall plan to shore up enrollment, according to Schmidt. There are no athletic scholarships at the Division III level, meaning all student-athletes pay tuition.

On the financial side, it also helps that the university already has the facilities it needs to put on these sports. The men’s soccer team can obviously play on the same surface as the women, who are moving from Bollinger Fields to campus once the construction at Simpson Field is completed. The turf can be constructed to meet lacrosse specifications or the sport could be played at Bollinger.

“Athletics at the Division III level is not a cost to the institution,” Schmidt said. “If you’re looking at it from a business and dollars and cents way, which isn’t my primary way of looking at it, there isn’t a lot of cost to bring in those student athletes.”

These additions would push UW-Eau Claire’s athletic department to 12 men’s programs and 13 women’s.