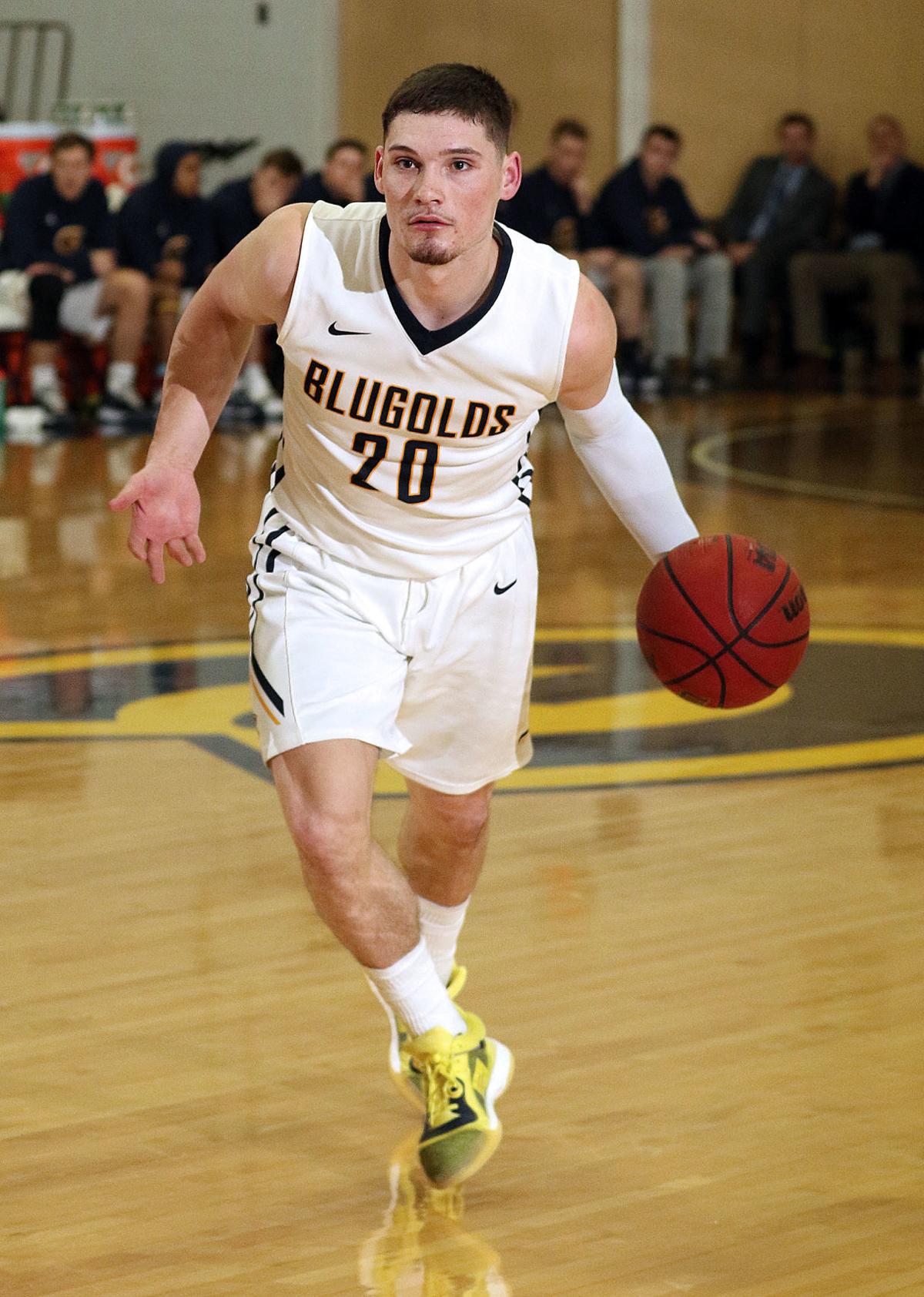 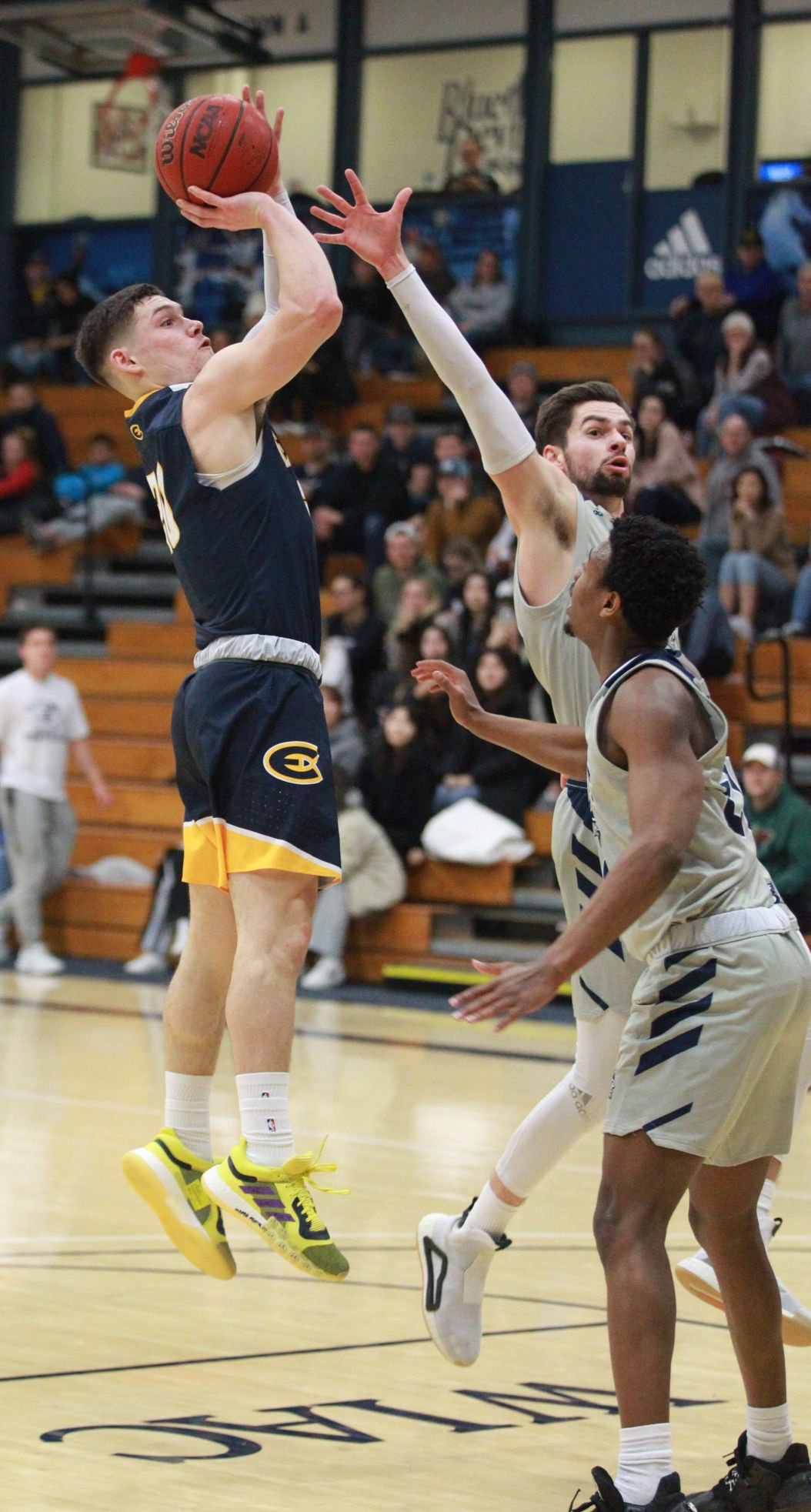 UW-Eau Claire's Cole Rabedeaux pulls up for a shot against UW-Stout on Jan. 29 in Menomonie. 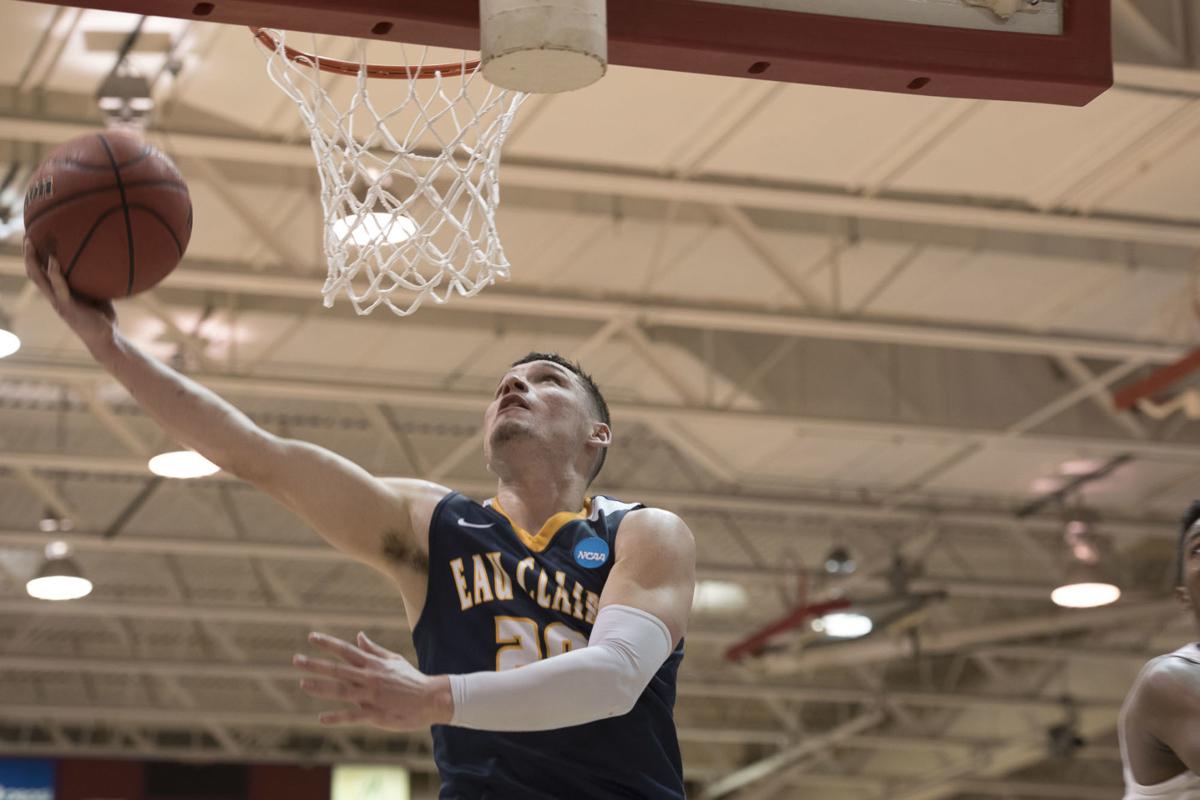 UW-Eau Claire’s Cole Rabedeaux puts up a shot against Whitman during NCAA Tournament action on March 6 in Collegeville, Minn.

UW-Eau Claire's Cole Rabedeaux pulls up for a shot against UW-Stout on Jan. 29 in Menomonie.

UW-Eau Claire’s Cole Rabedeaux puts up a shot against Whitman during NCAA Tournament action on March 6 in Collegeville, Minn.

To stay in basketball, Cole Rabedeaux had two options.

He could dip his toe into the coaching waters, or he could stay on the court and pursue a professional playing career.

The now-former UW-Eau Claire star explored both, sending out applications to become a graduate assistant at a few universities and asking around about pro leagues. And last month, he went with the latter, spurred by advice from some already in the coaching business.

“I’ve talked to a bunch of coaches about the process. They’ve given me a piece of advice, and it’s that if I can keep playing, I need to play,” Rabedeaux said.

So he will. Two weeks ago, the 6-foot-1 guard who earned first team All-WIAC honors twice at Eau Claire signed with Blueprint Sports Agency to take his career to the next level.

Rabedeaux has his sights set on playing overseas, a goal his agent Chase Munroe will try to help come to fruition.

Munroe, based out of Seattle, knew of Rabedeaux from his high school days. Rabedeaux hails from Poulsbo, Wash., and one of his former high school coaches helped him get connected with Munroe and the upstart organization.

“We started getting talking, and I went ahead and signed with them. The biggest part of that was that I’d be able to see him in person, because he’s Seattle-based,” Rabedeaux said. “That’s the biggest thing, is actually being able to go and have a sit-down conversation, to be more personable.”

The young partnership has already started paying dividends. Rabedeaux has received interest from a team in Belarus in addition to an invite to a combine-style camp in Spain, where he’ll be evaluated along with other foreign players by coaches for three weeks before potentially being offered a contract.

“Right now, the key for Cole is finding opportunities for people to see him play live,” Munroe said. “We have tape, we have the accolades that he earned in college. Coming from a DIII program, he’s not going to get the same looks that Division I players might, but that’s not necessarily going to keep him out of anything. There are plenty of DIII players that are playing at the top level right now after taking a few years to get there. So the key for us is trying to get Cole as many opportunities, or if you look at quality over quantity, the best opportunities to get coaches of teams that are legitimate the chance to see him play.”

Rabedeaux brings a sharpshooter’s mentality to the court. His 147 career 3-pointers with the Blugolds are good for fifth all time in program history, and he ranks 18th on the all-time scoring leaderboard with 1,162 points despite only playing three seasons in Eau Claire. He joined the Blugolds after transferring from Peninsula College in Washington.

This season, the senior helped the Blugolds reach both the WIAC tournament championship game and the second round of the NCAA Tournament. He averaged 19.3 points and 4.1 rebounds per game as a senior.

“He’s a big reason why we’re here,” UW-Eau Claire coach Matt Siverling said of Rabedeaux after the Blugolds’ NCAA tournament run came to an end. “He came here as a sophomore, took a chance on us, not really knowing anything about the program ... and he brings that type of work ethic, that winning attitude, and look what it’s done to our program.”

Now it’s time to try to translate his ability into a career. Munroe thinks his skill set will make him appealing to clubs across the pond.

“He shoots the 3 really well, which I think will translate overseas really well,” the agent said. “That’s one thing that a lot of talent evaluators look at, do they have one above-average skill? And Cole can score the ball, that was obvious when he was in college and it seems that he’s been getting better year in, year out. There’s a lot of room to progress, and I think that’s something that coaches are looking for as well.”

Rabedeaux is focused on finding the right fit for him. Munroe has his back in that regard, and some of his former teammates who have played overseas have helped too.

“Just to be careful really, not to rush into anything,” Rabedeaux said. “Because playing basketball overseas, it can be really great, or it can be really sketchy with teams that are out to get you but aren’t really looking out for your best interests. The biggest thing is making sure you have someone who has your back.”

Many professional leagues in Europe and beyond typically begin their seasons in September or October. With the coronavirus pandemic bringing much of the world to a halt though, Rabedeaux isn’t quite sure when he’ll find a landing spot.

Not only could seasons be affected, but the valuable showcases that could get him seen as well. It has made it a tricky first month navigating the professional world, but Rabedeaux and Munroe are staying optimistic and doing what they can with film from the guard’s college career. And they’re keeping tabs on the status of showcases across the globe.

“Right now we’re just trying to find opportunities coming up, because of the pandemic, to get him into showcases,” Munroe said. “The ones in the United States are usually put on by agencies, but the ones overseas are put on by teams and academies that have distribution networks where they can not only bring in coaches to watch, but also distribute film to their contacts. A lot of coaches are very particular about how they receive that information, so that’s where I come in. You want them to see our credibility and not just get spammed with guys who want to play. It’s all about the legitimacy of the ride, so we have to find ways to get Cole in front of these guys.”

In the meantime, Rabedeaux has been able to get in a gym and lift weights back in Washington. He’s hoping to find a team by September or October, but a lot will depend on how much progress is made against COVID-19.

“Cole’s got the talent to succeed somewhere,” Munroe said, “it’s just about finding the opportunity for him to be seen by the people who are most important.”