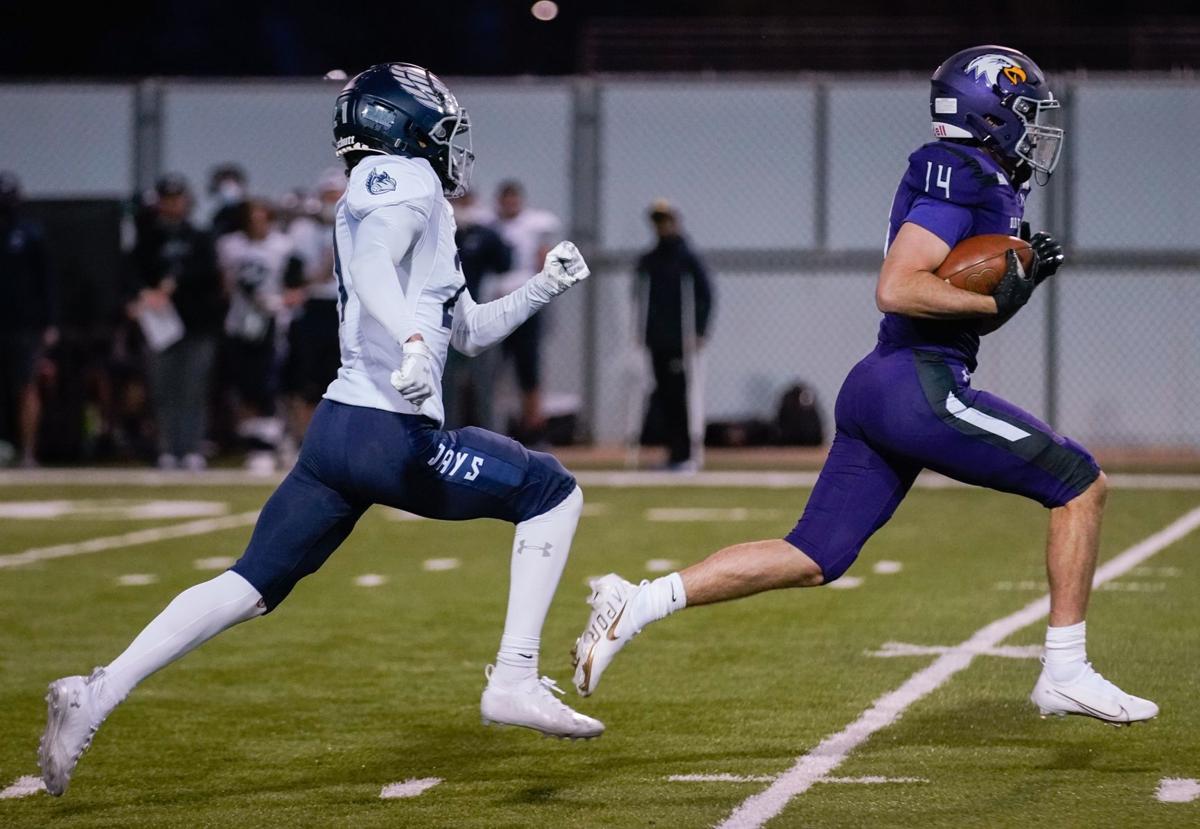 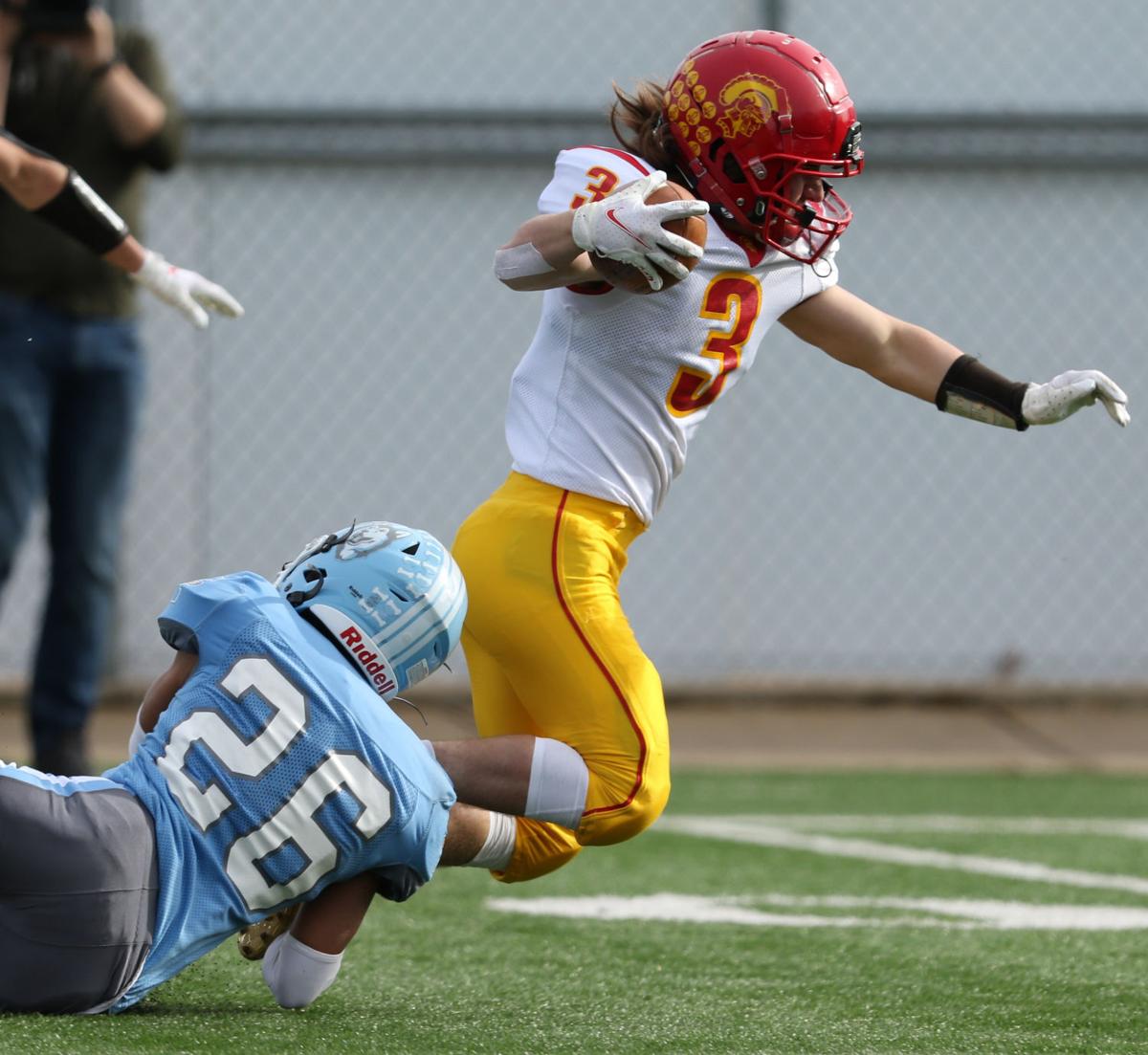 There’s just one week remaining in the alternative fall football season for Eau Claire Memorial and Eau Claire North. And while both teams have taken some lumps throughout the campaign, we’re assured one of the two will end the season on a high note.

The Old Abes and Huskies, who both dropped games Friday at Carson Park, will conclude the season this Friday night with the annual city clash.

“I think that it’s going to be really good for Eau Claire,” North coach Andy Jarzynski said. “Particularly football activities have been put on ice for so long. I think that it will be nice for both senior classes to be able to get out there that last game. We call them crosstown rivals but the kids all grew up together, they played little league baseball and Babe Ruth together, and travel basketball. So that will be nice because the familiarity will be there.”

Jarzynski’s Huskies found a rhythm on offense Friday afternoon against Sparta, but struggled to slow down the Spartans’ run-heavy offense and impressive kick returner. North’s Kyle Greenlund connected with wideout Matthew Johnson for three touchdowns, but the squad fell 52-28.

“When we were consistent things went well,” North coach Andy Jarzynski said. “We’ve talked about this a thousand times this year already. When we don’t follow what they get taught in the week, things kind of slip a little bit, then we have the setbacks. But we had tons of sophomores playing tons of ball tonight against some pretty big men over there too. So I’m cautiously optimistic that as their football IQ grows, and their varsity experience grows we’re going to start to see the benefits of that.”

Greenlund and Johnson connected on scores of seven, 10 and six yards, with Remy Rassbach scoring the team’s fourth touchdown on a five-yard run. But a 17-point run from Sparta stretching from the end of the second quarter to the first 15 seconds of the third helped the visitors pull away.

Memorial followed the Huskies as part of a Carson doubleheader, continuing its tough run schedule-wise with a meeting against Menasha. Old Abe quarterback Brice Wingad threw for 374 yards, but the team couldn’t overcome five turnovers in a 47-35 defeat.

“I feel like turnovers have been the theme this season for us,” Memorial coach Mike Sinz said. “You talk about it during the week, work on ball security drills. Tonight, we had some freak things happen. But it’s hard to beat a good team when you have five turnovers.”

Wingad threw for four touchdowns, two each to Jack Redwine and Marco Ebeling. Reese Woerner scored the other Memorial touchdown from the 1-yard line.

Ebeling had 165 yards receiving and Redwine had 117.

Both teams’ alternative seasons, which featured matchups with teams from across the state, end by seeing their most familiar foe. The Huskies will look to snap Memorial’s 11-game winning streak in the series in the teams’ 58th all-time meeting.

“They’re our biggest rival. Carson Park should be a great atmosphere next Friday,” Sinz said. “I know our guys will be excited and ready to play the guys from the north side.”

The Old Abes accumulated 80 points, only trailing De Pere in the Stevens Point sectional, to advance to state for a second consecutive season. Heth ran a 19:56 and Pankratz ran a 20:03. Rounding out the Old Abe competitors were Madyson Rosenberger, Rachel Anderson, Mea Hansen, Bryanna Hoffman and Caity Bentley, with the whole team finishing among the top 33 runners.

Also advancing to state as individuals were Eau Claire Memorial’s Ben Young and Eau Claire North’s Katie Rassbach, with the latter finishing first among all girls despite only being a freshman. Rassbach ran a 19:25 to best second-placed Hope Dragseth of De Pere by 14 seconds.

Young finished in 11th among boys with a 17:30, qualifying for state thanks to finishing in the top five runners not part of a qualifying team.

The alternate state meet will take place on Saturday at Blackhawk Golf Course in Janesville.