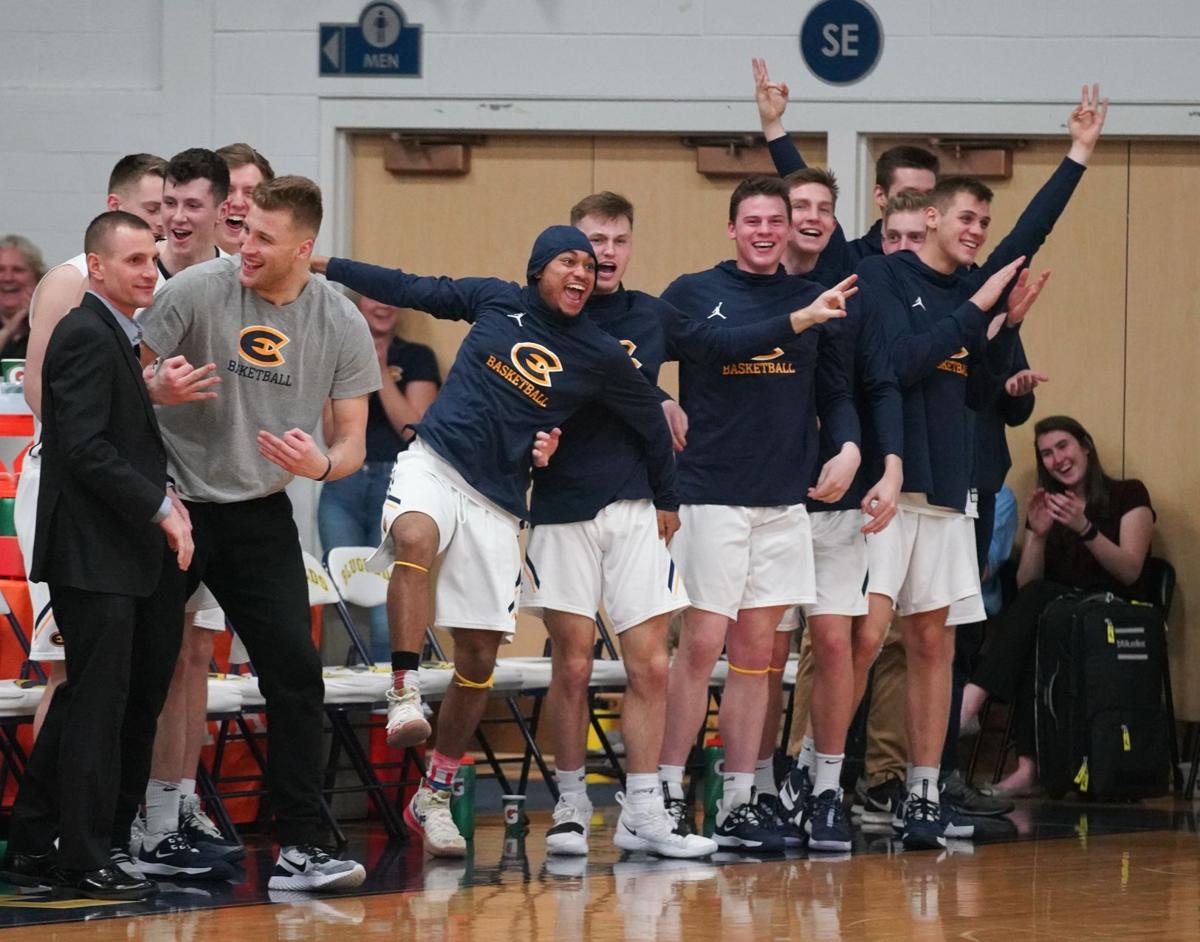 The UW-Eau Claire bench reacts after the Blugolds made a 3-pointer against UW-Stevens Point during a WIAC tournament game on Tuesday, Feb. 25, in Eau Claire. 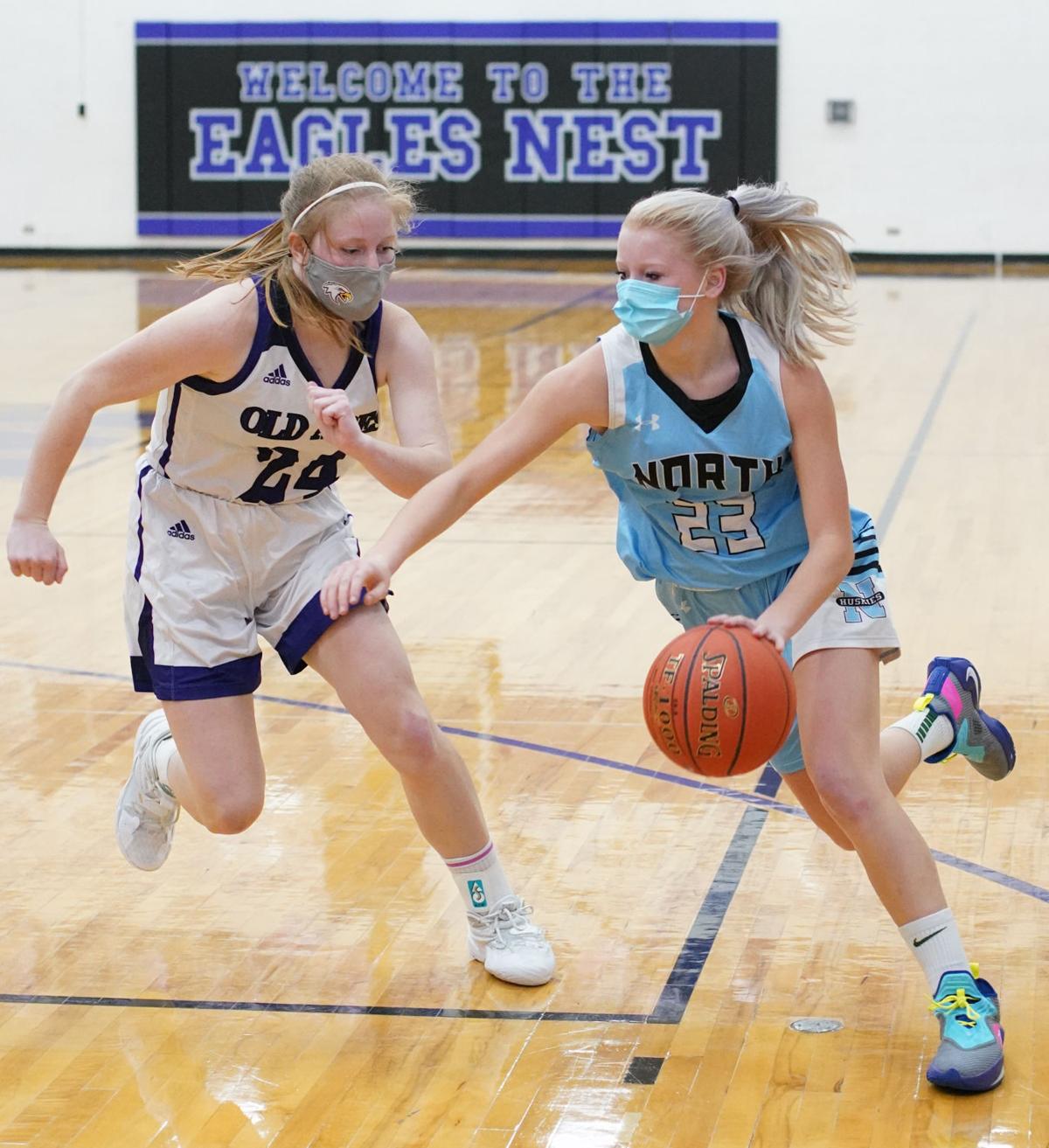 The UW-Eau Claire bench reacts after the Blugolds made a 3-pointer against UW-Stevens Point during a WIAC tournament game on Tuesday, Feb. 25, in Eau Claire.

After spending nearly a full year on the sidelines, sports are finally expected to return in the Wisconsin Intercollegiate Athletic Conference.

The WIAC announced Friday it plans to resume winter sports in February, contingent upon the securing of ongoing COVID-19 testing.

Member schools, including UW-Eau Claire and UW-Stout, have not participated in athletics since last winter. The fall sports season was canceled altogether, and prior to Friday, the winter sports season was paused until the end of 2020.

Friday's news finally flashed a light at the end of the tunnel for college athletes.

"I'm ecstatic to be able to even give this type of news," UW-Eau Claire athletic director Dan Schumacher said during a Zoom meeting with the media. "It's still a long way from home. We've still got a lot of things to do, a lot of things to process, but the intent of return to play is there. I'm happy for our coaches, our student-athletes. ... It's a very emotional time."

The WIAC intends to play a truncated, conference-only season in February, with most competition taking place within that month. There will likely be a smaller conference tournament field in certain sports, Schumacher said. He anticipates that the setup for competition and WIAC championships will look different than normal. Details were not solidified as of Friday.

"We still have a lot of work to do as athletic directors to fit that square peg in that round hole, for lack of better terms," Schumacher said. "I would say that you'd be looking at ending winter sports whenever the championships committee decides — will they be delayed a week to buy more time, or how will that work out? But I know that we're planning for schedules, we've got some mock-up schedules, and it really doesn't start until Feb. 1 and end until the end of February."

In the meantime, athletic activity will pause. Athletes may continue to train on their own, but there won't be organized practices. They can return on Jan. 4 for the beginning of testing, followed by another test on Jan. 7. The goal is to resume full team activities on Jan. 11.

"That should give us sufficient time to practice and prepare for a Feb. 1 competition date," Schumacher said.

Schumacher said the amount of testing athletes undergo will be dependent on a couple of factors: the type of test and risk level of their sport. The details will be sorted out in the coming weeks and months.

"It will depend on the test," he said. "If it's antigen testing, you're looking at somewhere between two and three times (per week) depending on the level of risk of sport. High risk, possibly three times a week. Medium risk and low risk, two and maybe less than two. If we have PCR testing, that may reduce the amount of tests we have because of the accuracy of PCR testing."

Schumacher said the Blugolds were expecting to use somewhere around 5,000 to 6,000 tests in the winter if they use the antigen method. That number could be reduced if they use PCR tests.

That was the same ballpark number that was expected to be needed in the fall, but Schumacher said the costs have lowered since then and accessibility of testing has improved. Those factors made resuming athletics at this time more feasible.

There is no definitive plan regarding spectators attending competitions yet. Schumacher said a decision is yet to be made, but speculated that UW-Eau Claire may not be able to allow spectators or may need to greatly limit the number of attendees.

"My first reaction to that question is that we probably won't have spectators," he said. "We will beef up our video streaming capabilities in every sport. We could possibly allow two parents (per athlete) and then have social distancing within the facility, but we have to adhere to county health rules. ... We have not decided. That is still part of the ongoing work that the ADs and our athletic training and medical staffs have to look at and then work with our local county board of health."

More news and notes from the weekend:

It's not the most relaxing way to win games, but the Eau Claire North girls basketball team would take it every time.

The Huskies picked up their second straight overtime victory to start the season, outlasting Eau Claire Memorial 63-62 on Friday at the Eagles Nest. North outscored the Old Abes 9-8 in the extra period to improve to 2-0, just a few days after topping Menomonie in overtime.

"There's nothing better. We live for this," North coach Jill Elliott said. "I keep telling them, 'Let's not shy away from this. These games are what it's all about.' These close games, they build character, they build strength. There's so much valuable experience happening. And to have a second game where it was they score, we score, they score just like the Menomonie game, to come out on top is really exciting for the program."

After leading for the whole first half, the Huskies had to respond after Memorial went in front in the final three minutes of the second. Brya Smith made a basket with 40 seconds left to tie the game at 54 and neither team was able to hit the winner in the closing seconds, forcing an extra period.

Early in overtime, North sophomore Tayah Christopher finished through contact at the rim to earn an old-fashioned 3-point play, putting the Huskies ahead for good.

"We've just learned to be patient," said North senior Evie Dreger, who scored a game-high 16 points. "We were able to see the game through."

After the Eau Claire Area School District opted to move its fall sports to the spring, athletes had been patiently waiting to get back in action. Friday represented the first opportunity for the Old Abes girls to do so.

"I think we're really thankful for the opportunity, the kids have been working really hard," Memorial coach Brandon Fanning said. "It was good to get out there."

The Altoona senior scored the game-winning basket with five seconds left, boosting the Rails boys basketball team to a 50-48 win over Elk Mound on Saturday.

Moss' make from the baseline proved to be the difference after the Mounders' last second shot rimmed out.

Ziy Conner had a night to remember on Friday.

Fall Creek's Jayden Fitch had another big day on Saturday.

The Crickets senior scored a season-high 32 points in a 65-39 win over Unity. It was one point shy of his career-best of 33 points.