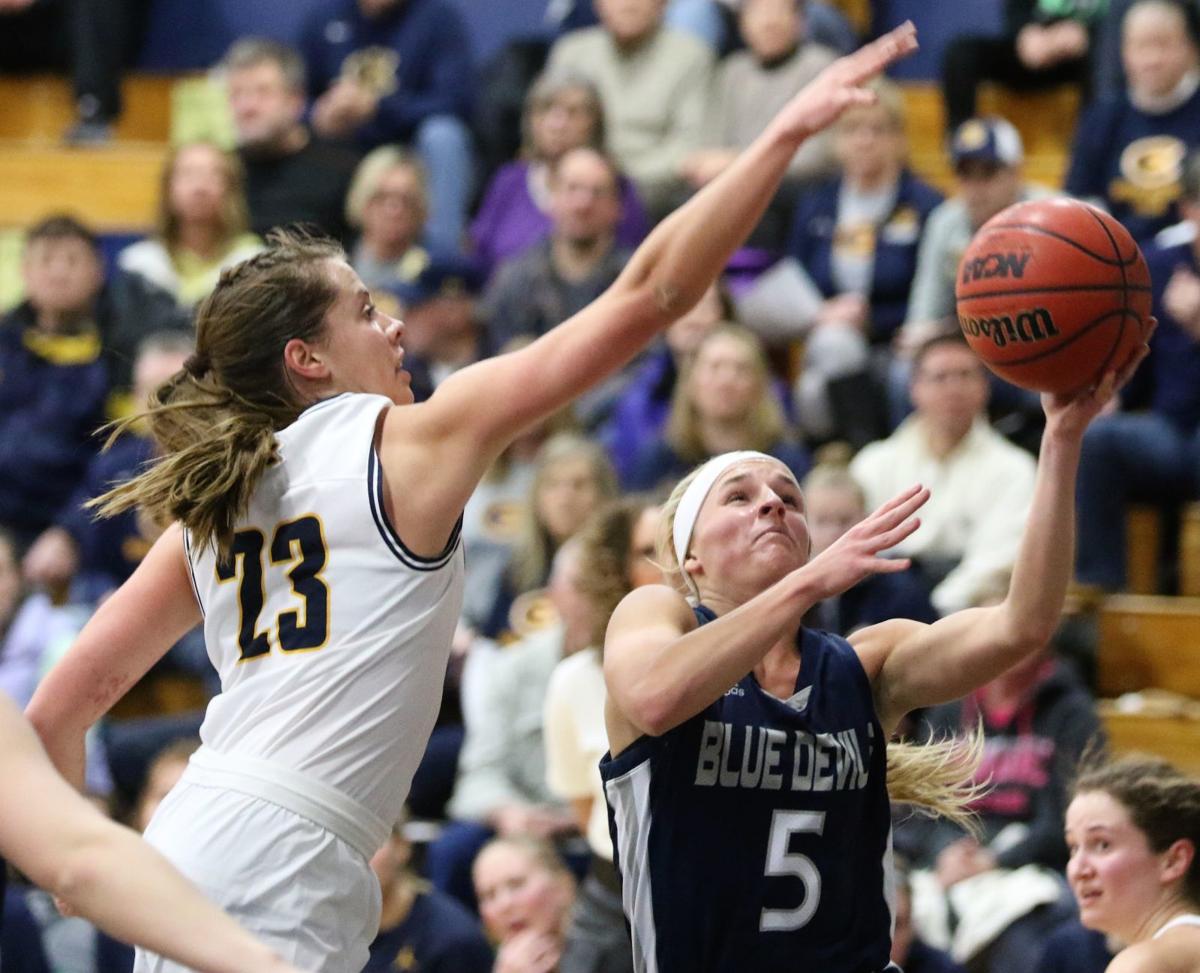 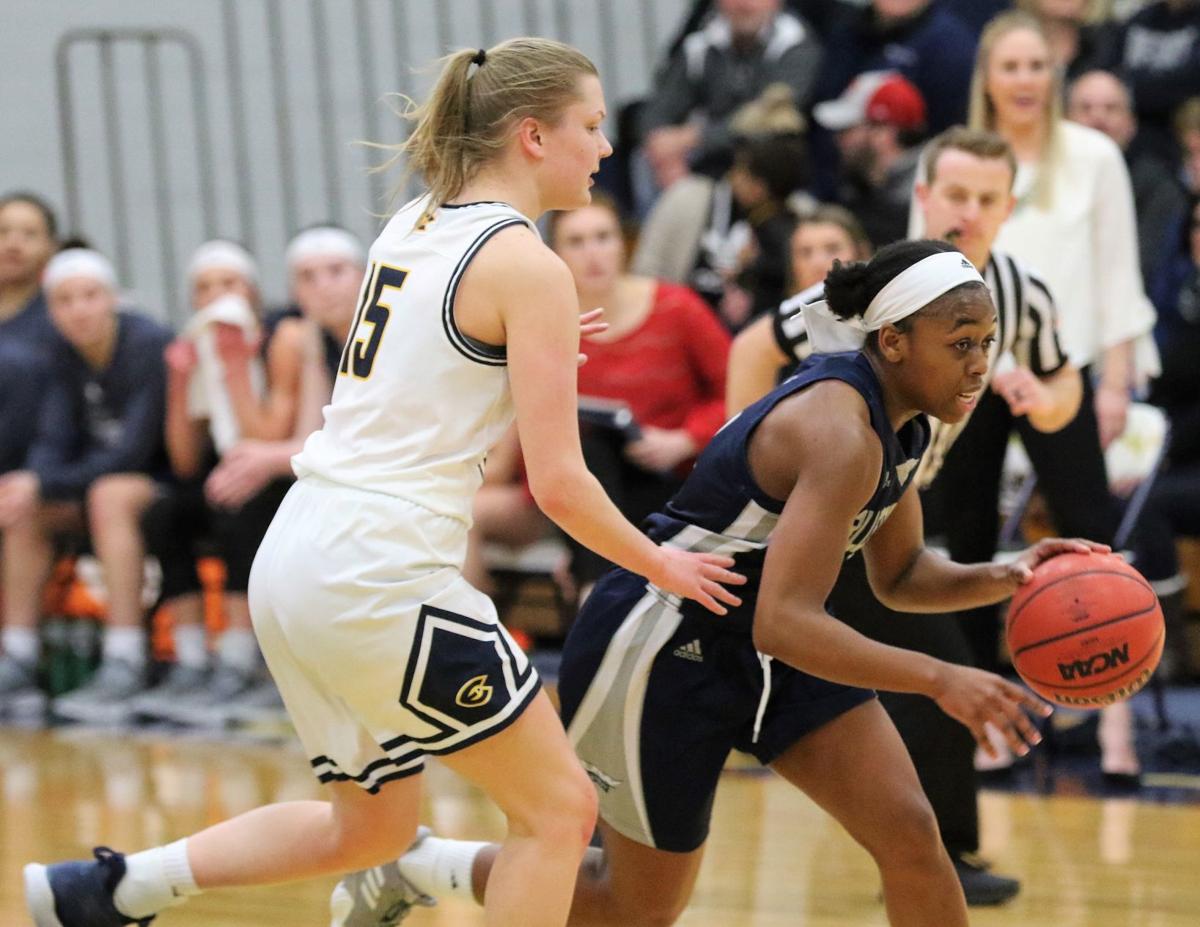 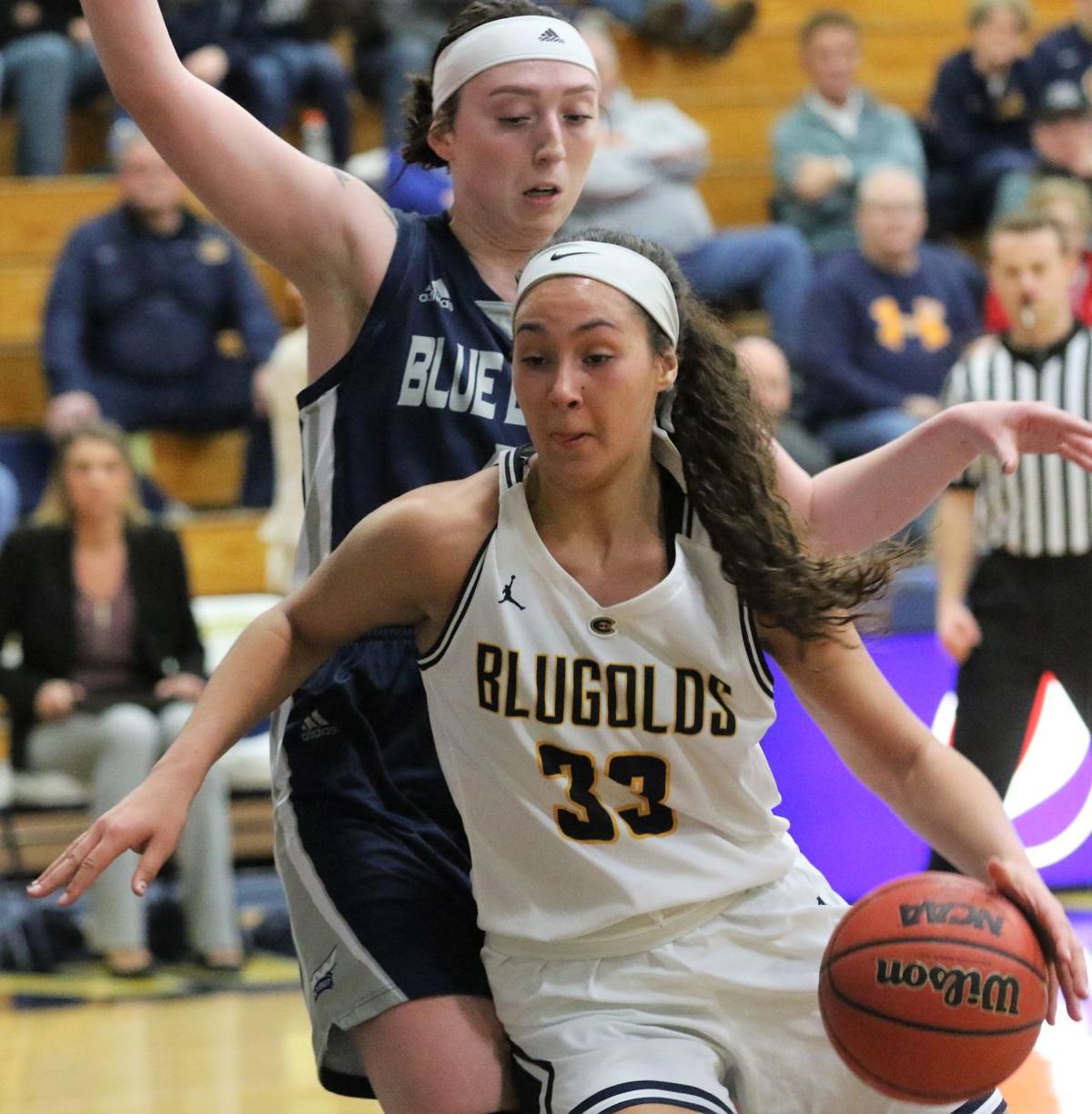 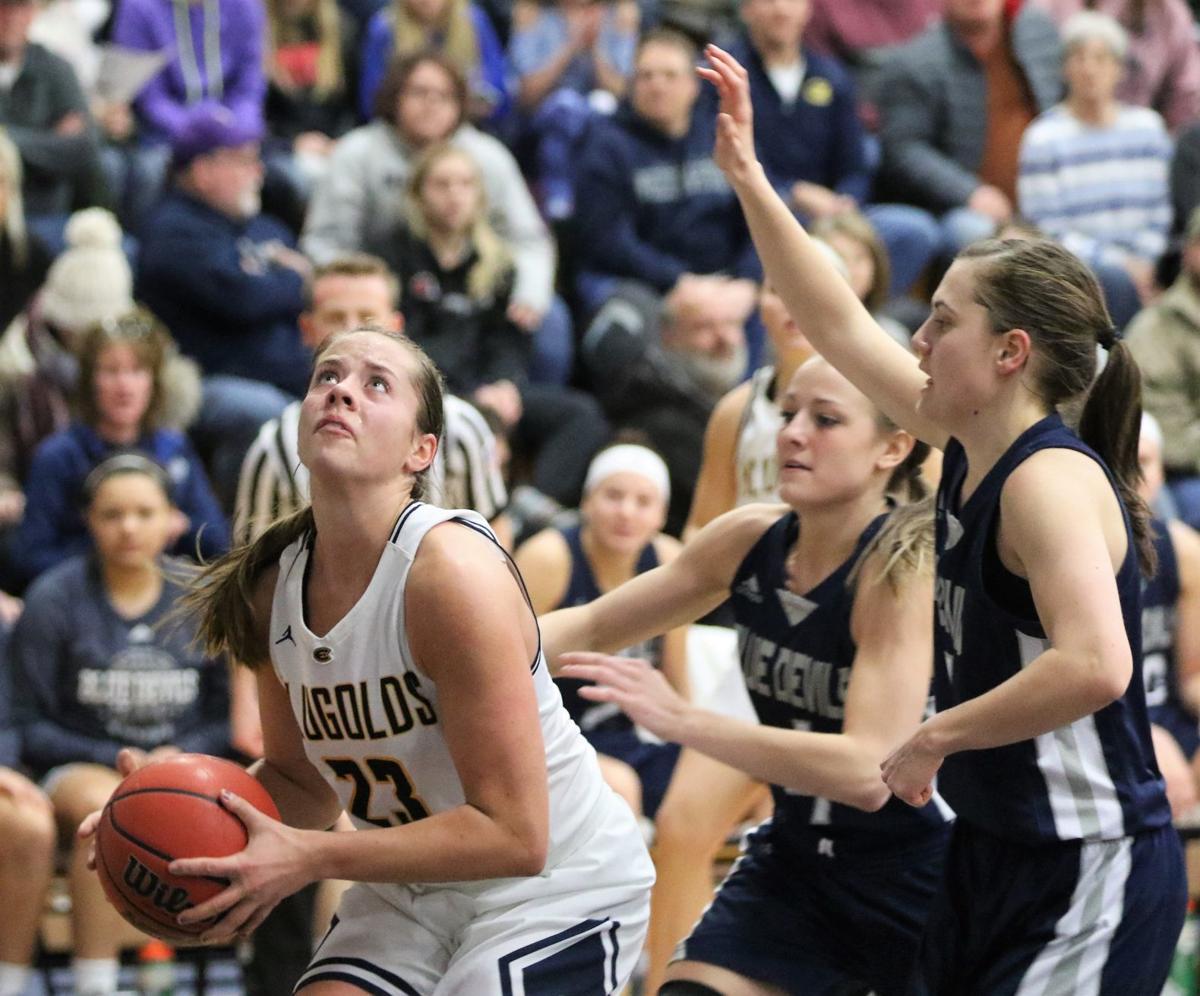 It was a question all of those in the bleachers were asking Saturday night. Tied records and similar rosters made it a tossup.

Who would win this round of the War on 94 rivalry? High-scoring teams, lead changes and dynamic offenses made it a battle until the very last seconds.

In the end, UW-Stout did enough to snap a six-game losing streak to UW-Eau Claire, defeating the Blugolds 81-76 on Saturday at Zorn Arena.

Bailey Diersen led the Blue Devils, recording 27 points and making four 3-pointers. Kyncaide Diedrich was not far behind, totaling 20 points and grabbing six rebounds. It lifted Stout into a tie with Eau Claire and UW-La Crosse for second place in the WIAC standings.

UW-Eau Claire led early in the first period thanks to a high-powered and aggressive offense anchored by an experienced list of starters. Hallee Hoeppner led the Blugolds in total points, scoring a career-high 36 and recording 12 rebounds. Kelsey Bakken added 11 points, draining three 3-pointers and Brooke Harris added 11 rebounds to the Blugolds’ totals.

The Blugolds’ roster has been short a few key players this season due to injuries, causing the pressure to increase for the players left on the court.

“We’re trying to work with what we’ve got, working through injuries and that’s really what we’ve been focusing on this season” Hoeppner said.

The Blugolds put up 76 points on Saturday but it wasn’t quite enough to stop the Blue Devils. Eau Calire head coach Tonja Englund said while she is proud of her team for battling a tough defense and high scoring team, the Blugolds have things that need to be fixed before Wednesday’s matchup against UW-Oshkosh.

“Number one is to try and stay healthy and rested, to be honest, in between our games. We’ve got people playing 40 minutes and so we have to come back in and rest and make sure we don’t have anybody else that gets hurt right now,” Englund said.

Englund said that even though the Blugolds have a short bench, they are still managing to put up big point totals. She thinks the team needs to also find ways to make defensive stops, even though they’re undersized.

Being undersized wasn’t a problem for the UW-Stout and the Blue Devils took advantage of every inch Saturday.

The Blue Devils stopped the Blugolds, breaking the tied overall record and moving to 14-3. Stout handled the ball aggressively, only totaling eight turnovers compared to the Blugolds’ 19. Stout totaled 81 points and 42 rebounds, sending them one game ahead of the Blugolds in the WIAC standings.

“I think both teams worked really hard and I think they tried to trip us up … with the different zones and everything but when it came down to it, we both played good, but we came out on top,” Stout’s Lizzy Olsem said.

Stout guard Lexi Todd said the Blue Devils’ aggressive defense took advantage of the turnovers by the Blugolds. Todd said the team stretched themselves to get in extra layups or fouls adding to the point totals.

Englund says there are areas where her team needs improvement, such as the defensive stops and executing the fundamentals of the game on each side of the court. Though the team acknowledged the need for improvement, Englund expressed that though she can expect more defensive stops she couldn’t ask for any more heart or effort from her team.

“I can’t express to everyone how difficult it has been to go through a lot of the injuries … we’ve stayed together, we’ve endured. We’re still a very, very good team,” Englund said.

UW-Eau Claire will face Oshkosh Wednesday at 7 p.m at Zorn arena while Stout will try to improve their record as they travel to Stevens Point Wednesday.