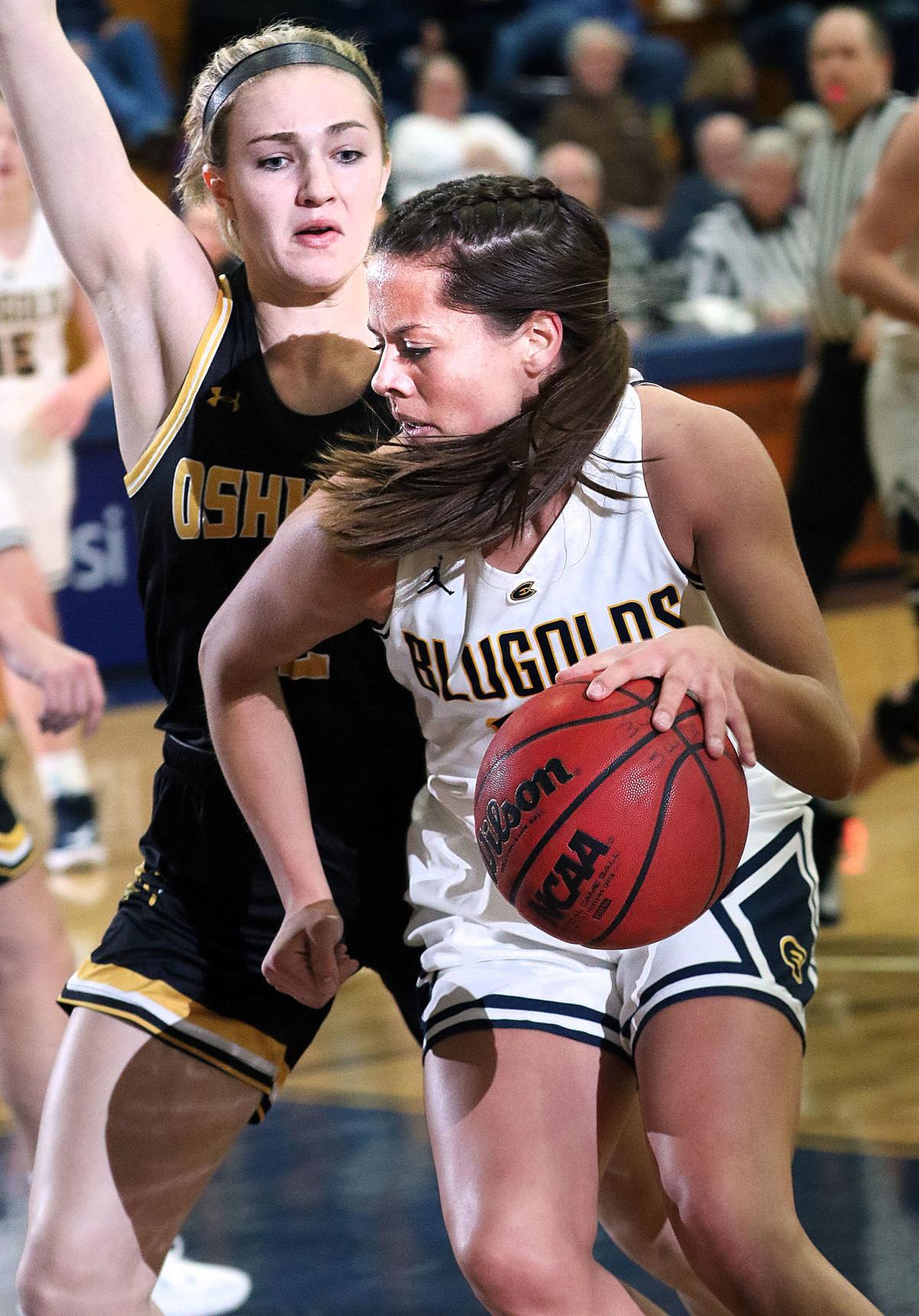 Hallee Hoeppner of UW-Eau Claire works against the UW-Oshkosh defense in first quarter play Wednesday at Zorn Arena. Hoeppner shook off early foul trouble to lead all scorers in the game with 22 points. 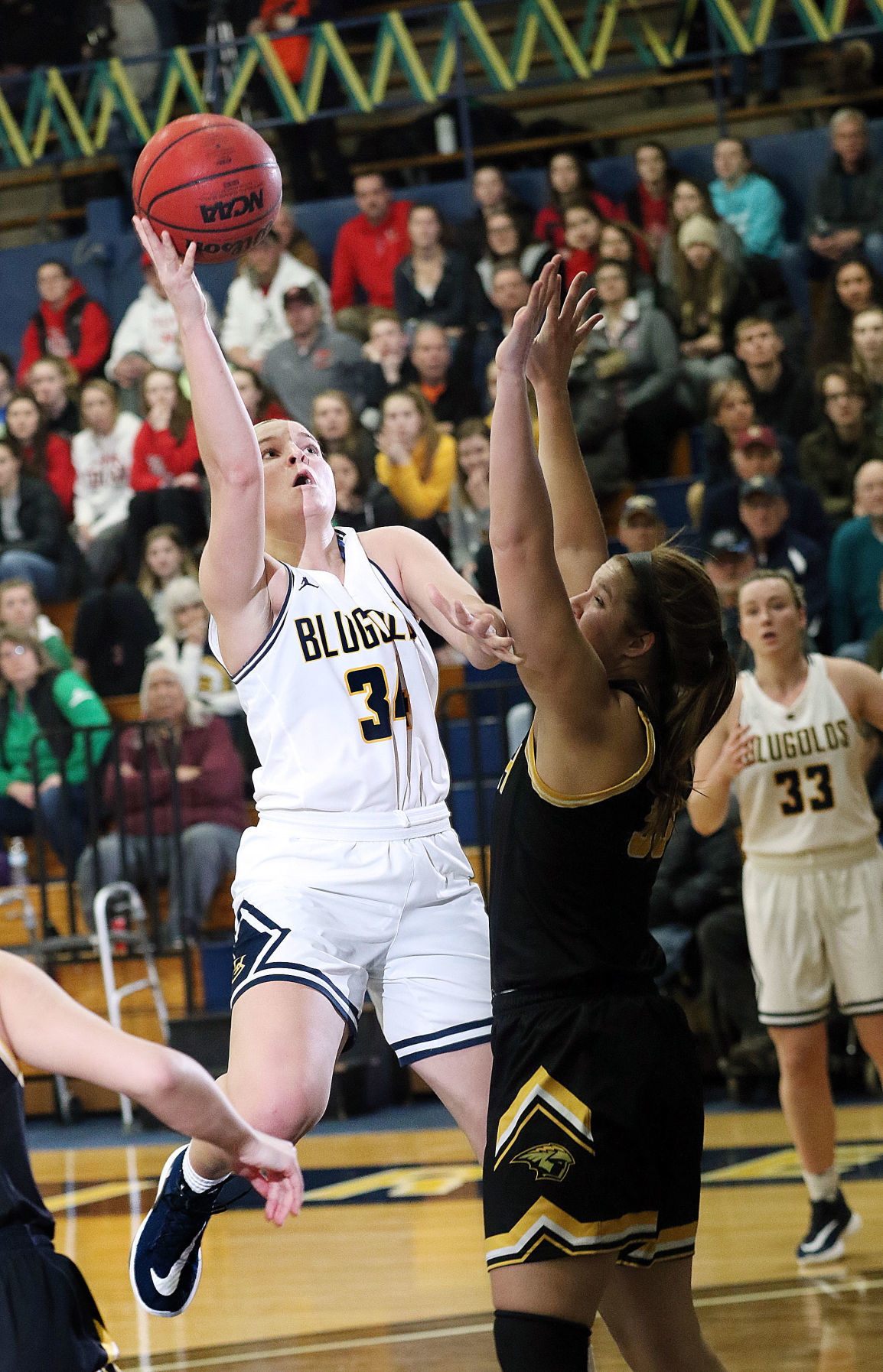 Katie Essen of UW-Eau Claire puts up a runner in the lane against UW-Oshkosh in second quarter women's basketball play Wednesday at Zorn Arena. 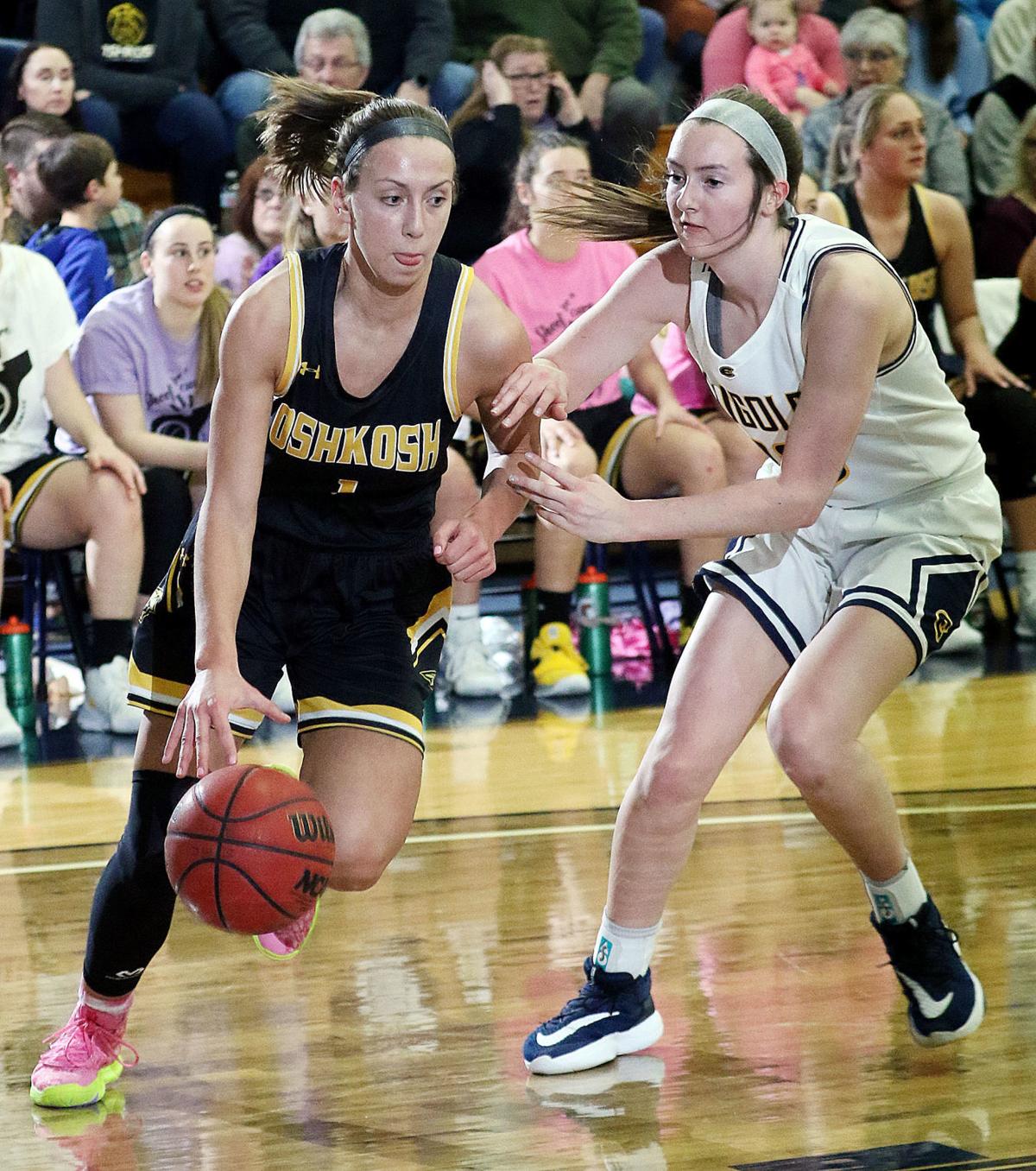 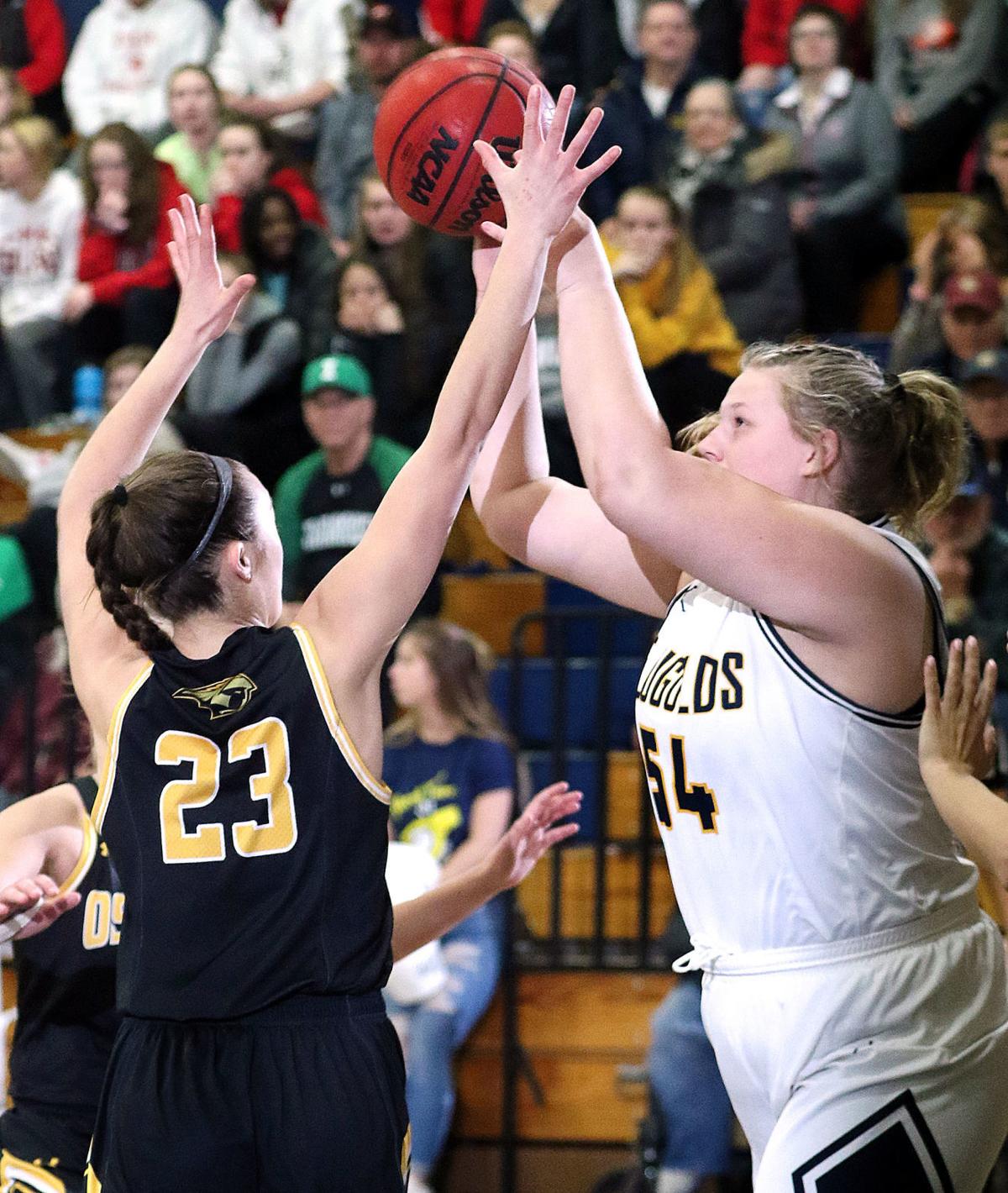 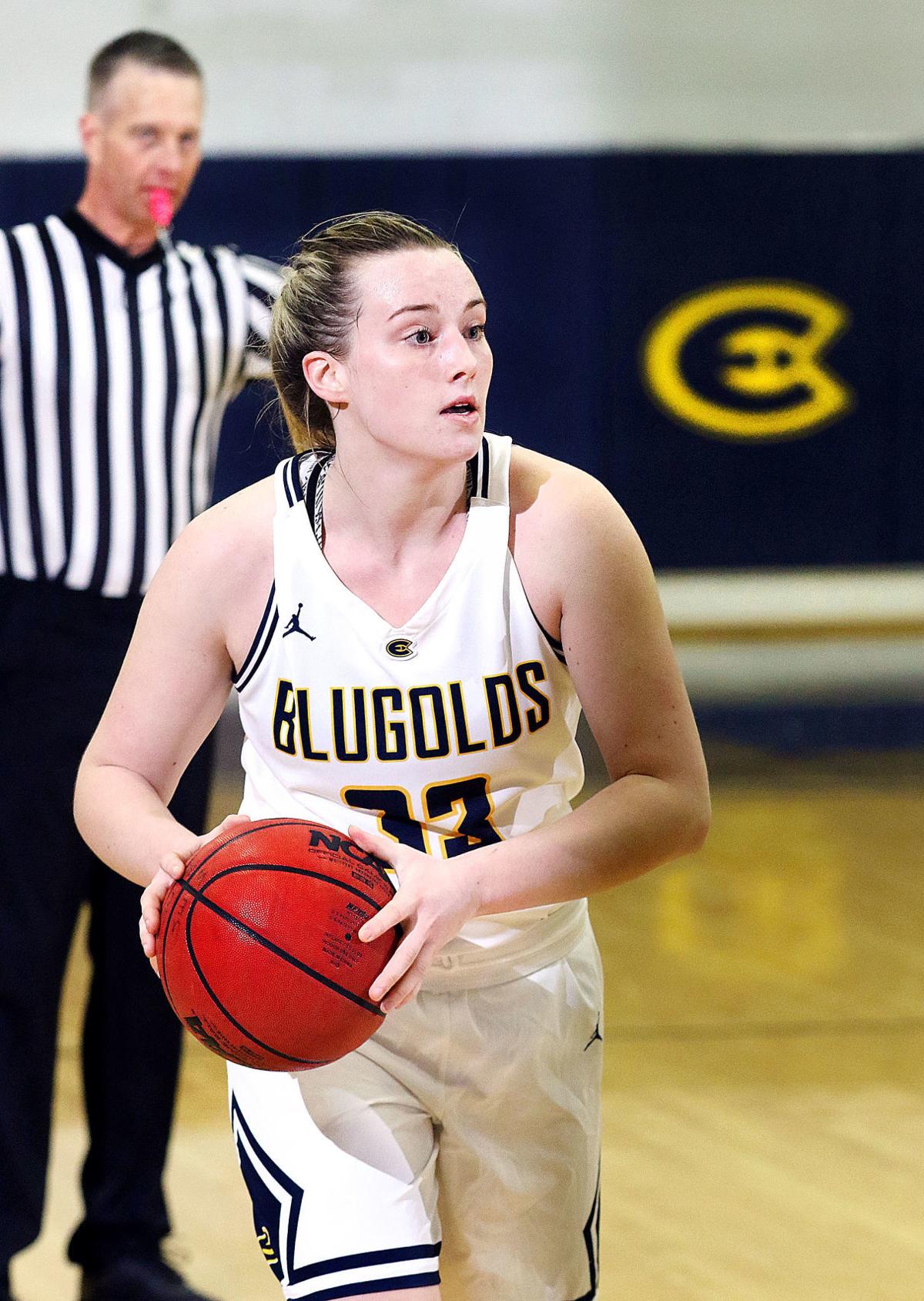 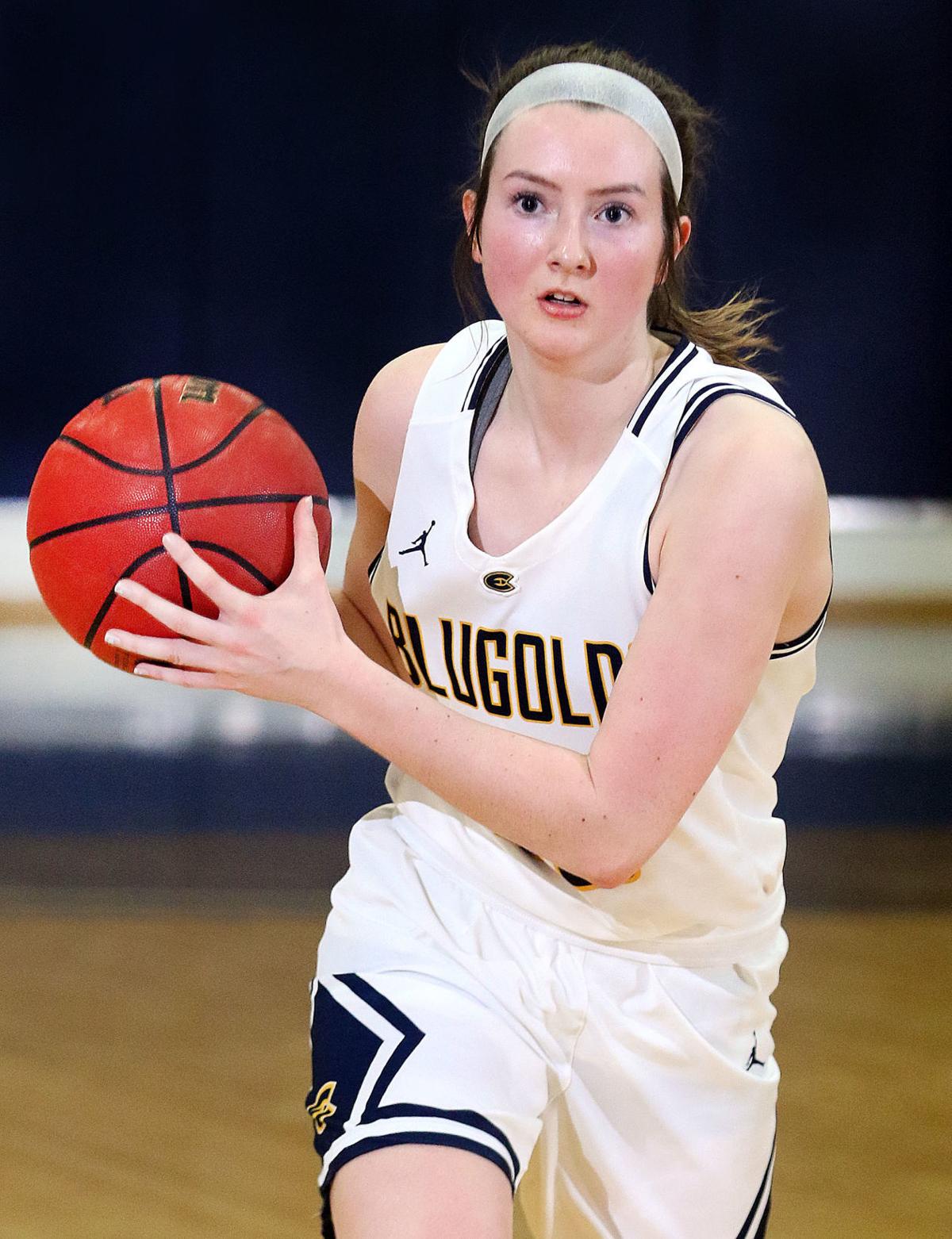 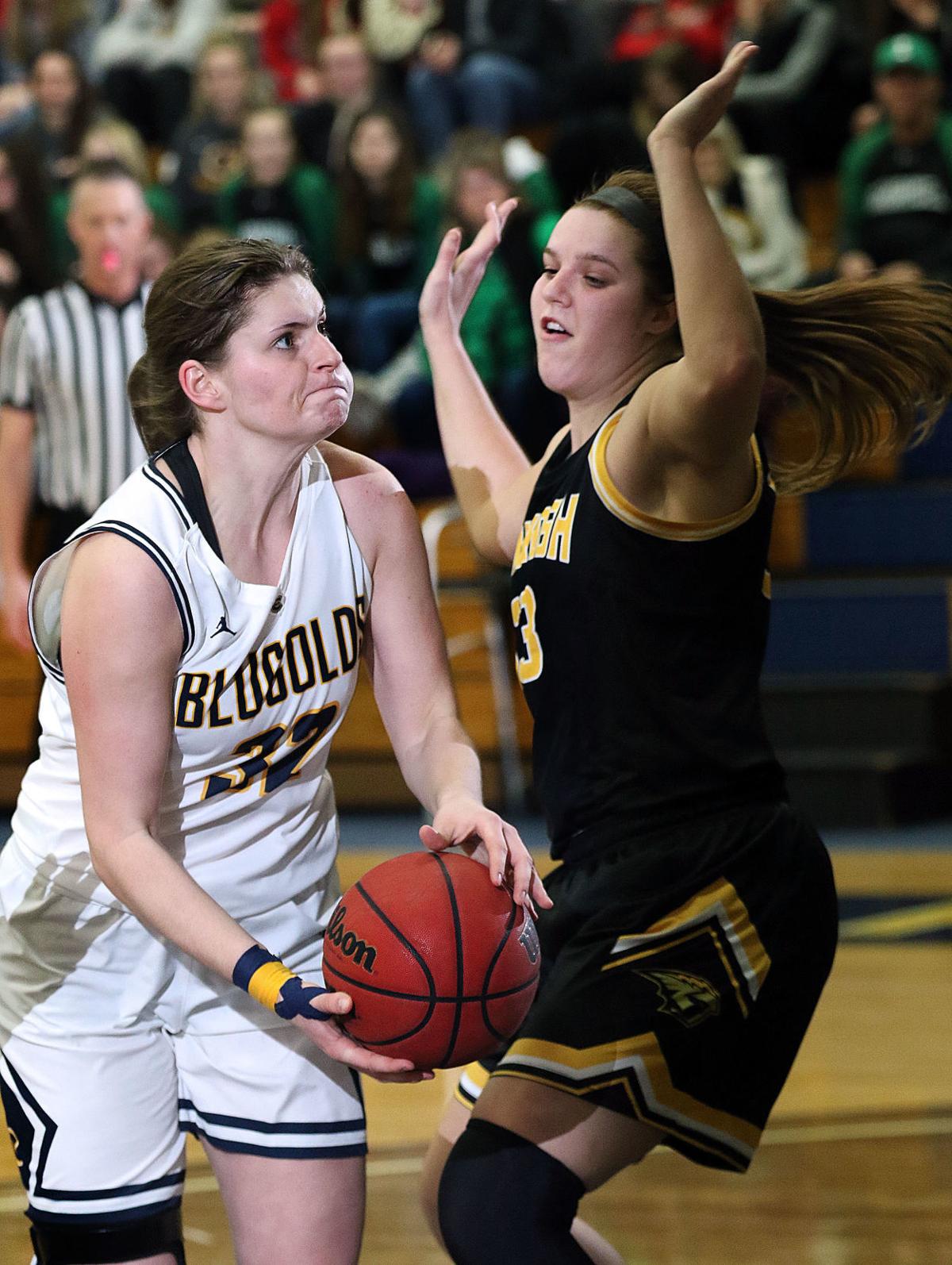 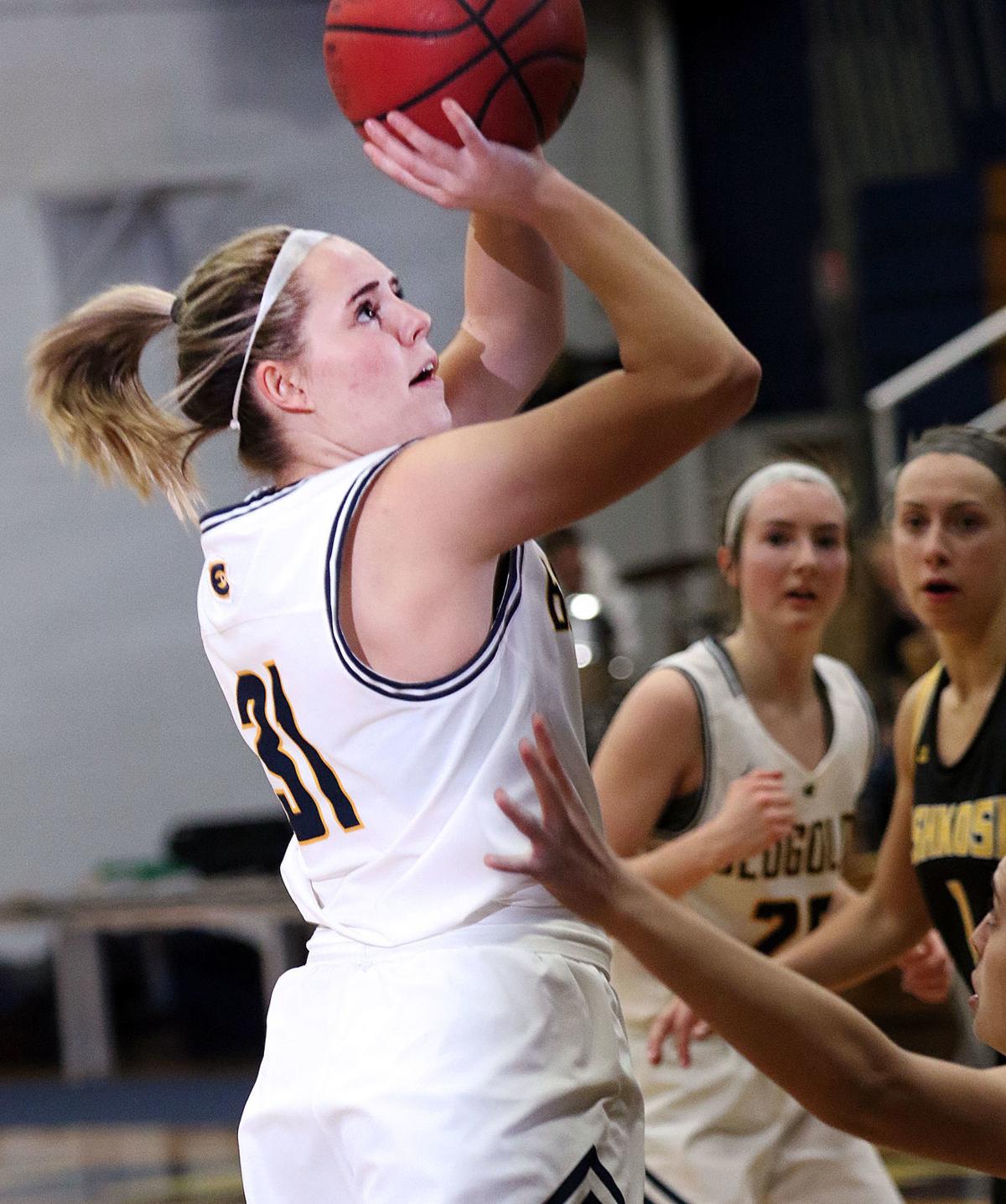 Ellie Clayton of UW-Eau Claire puts up a jumper against UW-Oshkosh in WIAC women's basketball play Wednesday at Zorn Arena.

Hallee Hoeppner of UW-Eau Claire works against the UW-Oshkosh defense in first quarter play Wednesday at Zorn Arena. Hoeppner shook off early foul trouble to lead all scorers in the game with 22 points.

Katie Essen of UW-Eau Claire puts up a runner in the lane against UW-Oshkosh in second quarter women's basketball play Wednesday at Zorn Arena.

Ellie Clayton of UW-Eau Claire puts up a jumper against UW-Oshkosh in WIAC women's basketball play Wednesday at Zorn Arena.

It seems there isn’t much Hallee Hoeppner can’t do.

When Tonja Englund and UW-Eau Claire needed buckets in the fourth quarter tied against UW-Oshkosh, the Blugolds went to their MVP.

She scored the Blugolds’ first six points of the fourth and then iced the game with a jumper from the right side of the free throw line with 42 seconds left to give the Eau Claire a 62-61 lead over Oshkosh. She followed that up by hitting a pair of free throws to extend the Blugolds’ lead to three with 28 seconds left and Eau Claire hung on to take down the Titans 66-62 on Wednesday night at Zorn Arena.

Hoeppner came into the game trailing Oshkosh’s Leah Porath for second in the WIAC in scoring, averaging 15.6 points per game in WIAC play, 1.5 points per game behind Porath. It made Wednesday night a key game for Hoeppner, the reigning WIAC MVP, to re-cement her name atop the WIAC MVP leader board. Though if you ask her, she said she isn’t paying attention to that.

“I don’t want to focus on the scoring part of it, I think it’s so much more fun to make the extra pass and help my teammates,” she said after scoring a game-high 22 points. “My teammates do a great job of getting me the ball when I’m open and they do a great job out there.”

For the Blugolds though, it’s clear how special Hoeppner really is.

“I love that she is on my team and not on another team because she’d be very hard to stop,” fellow senior Anna Graaskamp said. “She can shoot it, she can post up on the inside, she hits about every shot she takes, she’s the whole package.”

Englund said she’s known Hoeppner was going to be this good since the first time she saw her play in Winona, Minn.

“I felt when I recruited her she had a huge upside,” Englund said. “I felt like we could make her even better here and grow her to be an inside out player.”

That’s what has made Hoeppner an even better player this year than she was last season. When Graaskamp went down with injury last year, Englund threw the 5-foot-10 Hoeppner into the paint, forcing her to adapt to life in the post.

“Credit to her, when she was the MVP of the conference last year, she grew her game, she didn’t sit back, she knew she had to do some things to get better,” Englund said.

On the other side, Porath was held to just 13 points, four below her season average of 17.1.

“Katie Essen needs to get a lot of credit for what she does for us defensively,” Englund said. “Katie had (Porath’s) assignment tonight and she is a tough player to guard. Katie is a 6-foot-1 post player who is guarding every night their best player.”

Essen stepped up offensively too, trailing only Hoeppner in scoring, with 14 points, including a tie-breaking jumper with 1:48 left in the game to put Eau Claire up 60-58.

The Blugolds are now 13-7 and 7-2 in the WIAC this season and on their way to fulfilling the vision Englund said she had for her seniors when they first set foot on campus.

“I felt that Anna and Hallee would be the key to us winning a (WIAC) championship,” Englund said. “Through the years we have had all kinds of injuries, they never played together, it’s taken a while, but now I really truly believe that.”

They’ll look to make it four in a row and nine in their last ten when they head to UW-Stevens Point on Saturday for a 3 p.m. tipoff.