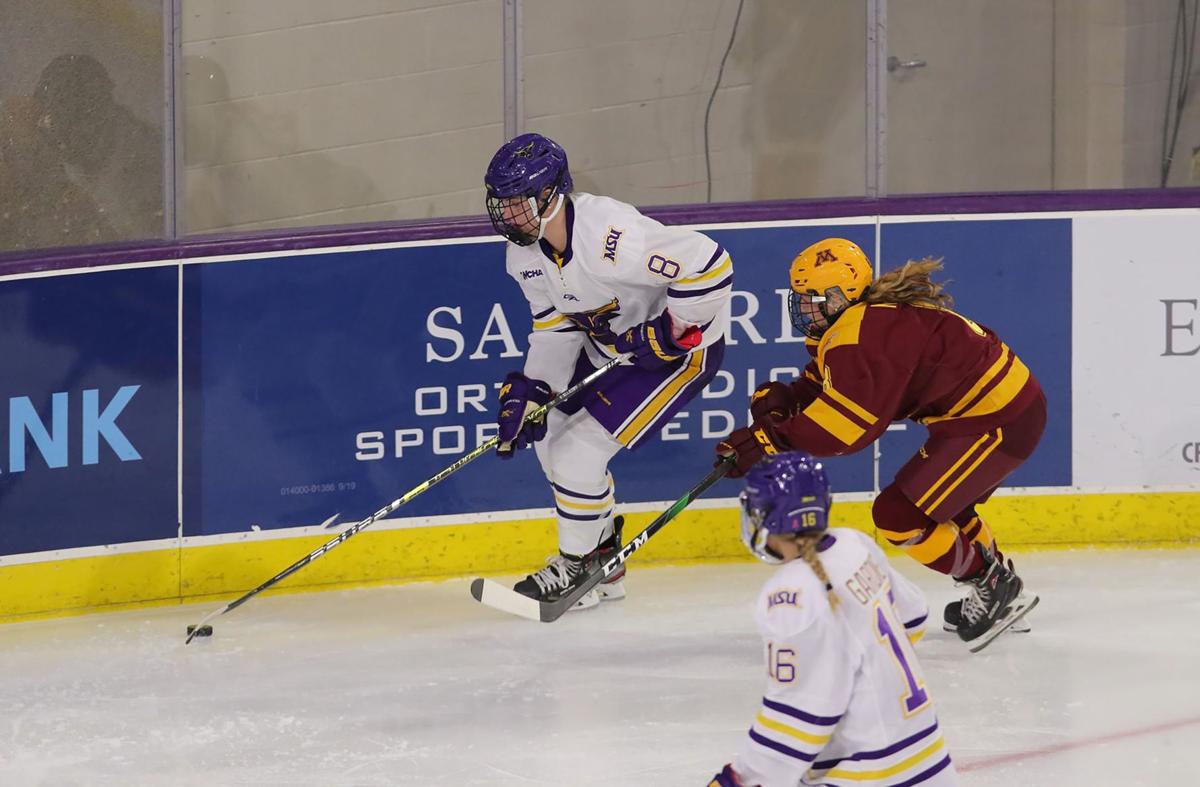 Former ECA Star Charlotte Akervik collects the puck for Minnesota State during a game against Minnesota this season. 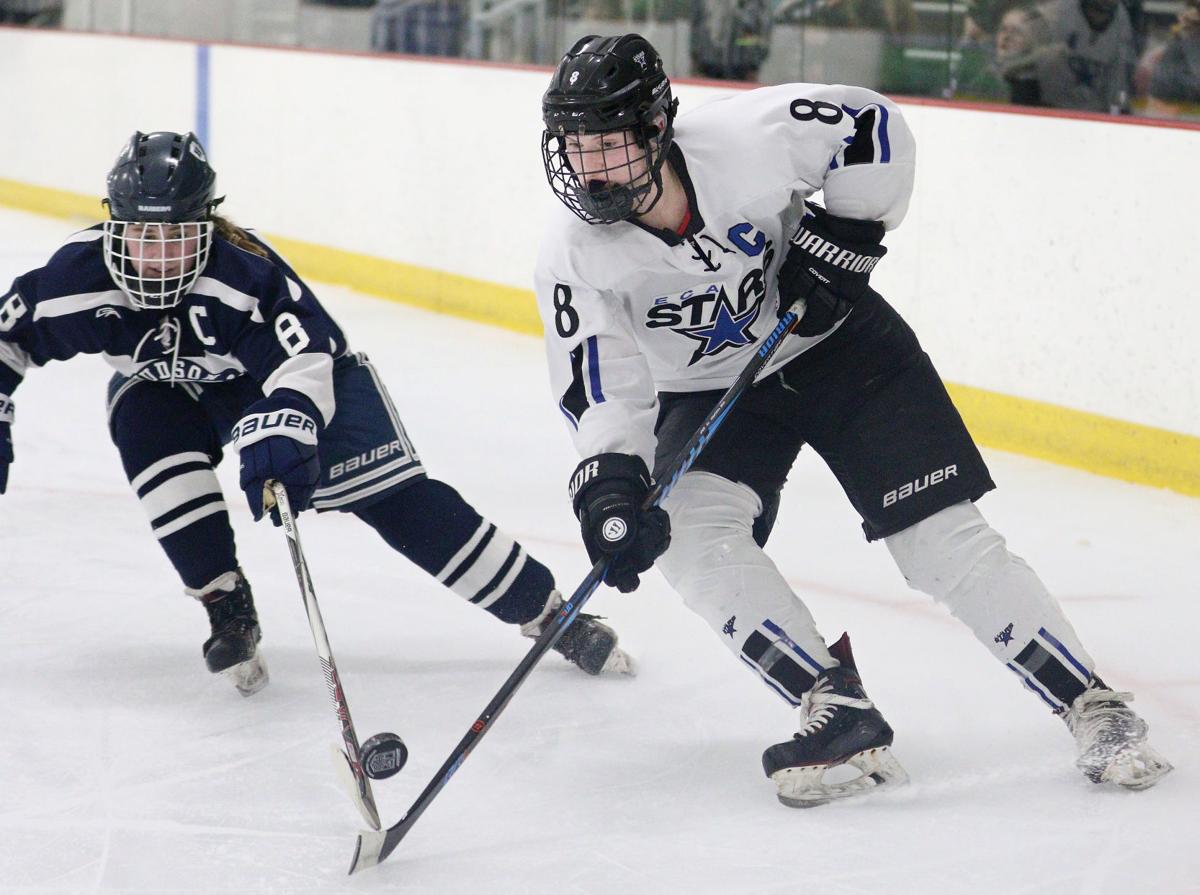 Former ECA Star Charlotte Akervik collects the puck for Minnesota State during a game against Minnesota this season.

It took less than five minutes for Charlotte Akervik to make her first major impact on Minnesota State women’s hockey.

“I wasn’t expecting it at all,” said Akervik, last year’s Ms. Wisconsin. “It all kind of happened pretty quickly. Next thing you know it was in the back of the net. ... For the most part it was a blur.”

The goal, which proved to be the game-winner, was the first sign of Akervik’s successful transition to the Division I level and a conference that features some of the best women’s hockey programs in the country.

“Charlotte did a great job for us and got off to a great start to the season,” Minnesota State coach John Harrington said. “I think she came in, and typically there’s an adjustment period for a lot of players, but Charlotte came in and just looked like she jumped right in from the opening weekend.”

Akervik, now back in Eau Claire, is pleased with her freshman year. She finished with three goals and three assists in 37 games on the blue line, blocked 34 shots and helped Minnesota State earn double-digit wins for the first time since 2013-14. The Mavericks’ .378 point percentage, based on their 11-20-6 record, was the highest for the program since the 2008-09 campaign.

“Honestly it was everything I hoped for and more,” Akervik said. “We had our best season in I think ten or so years record-wise. I saw a lot of ice. I got played in a lot of different situations. If anything it just makes me more excited for next year.”

What made her transition so seamless? Harrington pointed to Akervik’s makeup as a player and her hockey IQ. Sure, in high school she clearly had the size to play at the next level, but she didn’t rely entirely on physical traits to dominate while with the Stars.

“She has a good head for the game,” Harrington said. “I think that’s a big thing. A number of players have good skill but their skills are advanced over other players who maybe haven’t gotten bigger or stronger or more skillful yet. Those players start moving up levels, they have a tough time then when they take a step up and get to the college game because everybody’s really skillful and strong. But if you can think the game well and see the game well it seems to be sometimes a more smooth adjustment.”

While the overall record was still not where Minnesota State wants it to be, it’s understandable considering the elite programs the Western Collegiate Hockey Association has to offer. Four teams from the league finished in the top 10 in the final USCHO.com poll: No. 2 Wisconsin, No. 4 Ohio State, No. 5 Minnesota and No. 8 Minnesota Duluth.

That provided a major test for Akervik, and a chance for the Mavericks to earn a memorable upset.

Akervik scored the Mavericks’ first goal from the top right corner, kicking off a three-goal run, in Minnesota State’s improbable victory against then-No. 1 Wisconsin on Feb. 8. The 3-1 triumph snapped a 28-game losing streak against the Badgers dating back to 2014.

“It felt really good,” Akervik said. “It was a fun game start to finish. It meant a lot.”

Moments like that help the Mavs feel the program is moving in the right direction.

“I think our class coming in next year will only add onto it,” Akervik said.

Akervik is working to try and stay ready for her sophomore year, although she’s only been able to get on the ice once since the coronavirus pandemic started. Once rinks reopen, she’s planning on working on her stick skills with hopes of taking on more of an offensive role going forward.

After showing she fit in at DI as a freshman, Harrington is excited to see how Akervik will develop over the remainder of her collegiate career.

“She has a great desire to be good at the game,” Harrington said. “She’s somebody that will come and watch film and watch her game. … Those are the type of players that you want. With Charlotte, it’s the whole package. We’re excited to work with her these next three years.”